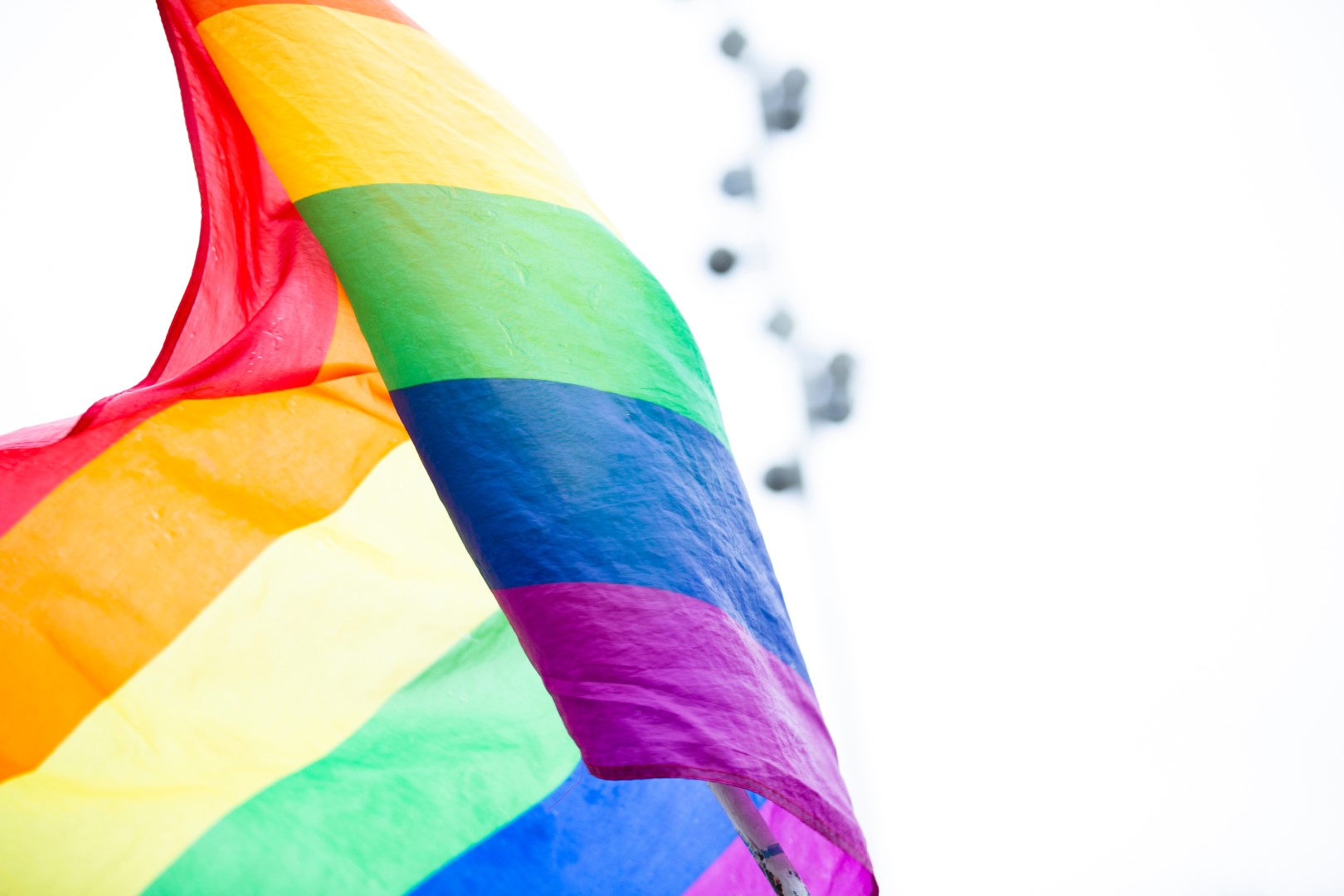 The gay rights movement in the US has been gaining traction for the past several decades. From the overturn of the Defense of Marriage Act in 1996 to allowing trans athletes to compete in athletics, major strides have been made. However, these steps forward do not guarantee the protection of gay rights, as is demonstrated in the anit-queer legislation widely called the “Don’t Say Gay” bill. This bill has the potential to do significant harm to students, and may not be the most effective way to protect children from damaging content.

This language is vague, but implies that some content regarding gender identity and sexuality may be taught if it is deemed ‘age-appropriate’. This may allow teaching that actively opposes LGBTQ+ identities, and leads many to question whether the purpose of this bill is to protect children from ‘ideology’, or if it is simply an attempt to embed conservative views about gender and sexuality in children early in their development.

Also included in the bill are regulations that dictate that if a student is receiving resources at school for their mental or physical health, a parent must be notified. Supporters of the bill state that it will facilitate family discussions and allow parents to have more input in what is taught in schools, while opponents express that the bill will harm LGBTQ+ families and damage student’s rights.

The history of anti-gay legislation is extensive, and the Parental Rights in Education Bill has only been the latest addition. Anti-gay legislation is not confined to laws that mention LGBTQ+ individuals. Religious exemption laws provide citizens the opportunity to deny services to those who identify as LGBTQ+.

After Elane Photography v. Willock, a 2013 New Mexico Supreme Court ruling that applied an anti-discrimination law when a photography business refused to photograph a same-sex wedding, Arizona’s Senate enacted Bill 1062 stating that “state action shall not substantially burden a person's exercise of religion even if the burden results from a rule of general applicability.”

Similar laws have been passed, such as the 1996 Defense of Marriage Act, stating that "the word 'spouse' refers only to a person of the opposite sex who is a husband or a wife,” denying recognition and rights for same-sex couples.

Many legislators have plans to institute the Parental Rights in Education bill outside of Florida, in states such as Georgia and Louisiana. Similar legislation has been enacted in different states in recent years, restricting discussions and history about LGBTQ+ identities and issues. In Tennessee, the House introduced a bill banning materials that “promote, normalize, support, or address lesbian, gay, bisexual, or transgender (LGBT) lifestyles” in K-12 schools. Another in Kansas, House Bill No. 2662 labels “homosexuality” as a Class B misdemeanor in schools.

Most obviously, this bill will affect students, as it removes discourse around certain topics from their classrooms, and enforces disclosure of information around their mental and physical health to parents.

Parents are another stakeholder, as the bill seeks to ‘reinforce the fundamental right of parents to make decisions regarding the upbringing and control of their children’. Some parents may want more control over what their children are taught, and specifically that it conforms to their own beliefs.

The bill will also affect teachers and schools, who will be under a set of enforceable obligations regarding what they can and cannot tell children, and may face legal consequences if they get it wrong.

The bill requires that parents are informed of and involved in ‘critical decisions affecting student's mental, emotional, or physical well-being’, as well as to notify parents of ‘healthcare services’. There is concern that children of parents hostile to their potential gender identity or sexual orientation will be ‘outed’ to their parents as soon as they begin to ask these questions, and face degrading and harmful treatment such as conversion therapies.

Those in favor of the bill argue that it helps to address the problem of removing what they view as progressive ideology from the classroom. They argue that young children should not be exposed to views around sex and gender. Governor De Santis, a proponent of the bill, argues ‘First graders should not have woke gender ideology [sic] imposed in their curriculum, and that is what we are standing for.’

The Senator supporting the bill also says that the bill serves to address ‘social engineering that could result in more children identifying as gay or transgender.’ These speak to a widespread belief that children are being corrupted by learning about progressive views on sex and gender. When signing the bill, DeSantis said ‘We will make sure that parents can send their kids to school to get an education, not an indoctrination.’

However, removing this content from classrooms may do more harm than good. Campaigners against the bill argue that removing access to information about gender and sexuality is likely to harm children by not providing them with the support they need if they begin to question aspects of their identity.

LGBTQ+ children already face high suicide rates, discrimination and abuse, and alienating them from discussion about their identities from the outset may compound the ostracisation and mental health difficulties they face. It may also lead these children to turn to other sources for information, such as the internet, which can lead them to explore content far beyond their age level, and also to potentially harmful information about their own identity.

More than just erasing progressive notions of gender and sexuality, Brandon Wolf, press secretary of LGBTQ advocacy group Equality Florida, argues that the bill may further stigmatize LGBTQ+ students. He said ‘suggesting sexual orientation or gender identity is ‘contagious’ is not based in fact.’ As well as stigmatizing these students socially, it may cause them internal harm too.

As mentioned above, the vague language of the bill, such as the ‘age-appropriate’ teaching provision, suggests that children will be taught content that actively reinforces conservative views on gender, sexuality, and the family. This may cause students to internalize  these notions, leading to mental health issues if they do come to question their own identities.

Finally, there is also a concern that teachers will be placed in difficult positions. When students come to them to ask questions relating to their sexuality or gender, teachers will be legally obliged to give answers that, as demonstrated above, may be harmful to these childrens’ development.

Furthermore, these teachers are at risk of being sued by parents for not disclosing these conversations, even if they fear the children would be placed at risk should their conversations be revealed to schools and parents. This removes the ability of schools to care for their students. Whilst some may celebrate this, arguing that schools should not raise their children, others are concerned that this will leave children vulnerable and without a sufficient level of care.

The policy of Florida’s Parental Rights in Education bill—also referred to as the “Don’t Say Gay” bill— is vague, with the implementation beginning with “notifying a student’s parent” when their child is receiving mental health services. Additionally, parents could “bring action against the school district…and seek injunctive relief” if the school district does not enforce the new bill, with the court awarding damages and “reasonable attorney fees and court costs” to the parent, at the school district’s expense.

The cost to the government is minimal, as the schools themselves would incur the costs of the lawsuits brought forth if the parents were awarded damages. But schools already struggling for funding may find lawsuits very difficult to fund, potentially compromising the quality of education they provide.

Governor Ron DeSantis signed the bill into law on March 28th, scheduled to be implemented on July 1st.

Florida’s ‘Don’t Say Gay’ bill is the latest installment in the US’ so called ‘culture wars’. Proponents believe it will protect their children from ‘woke gender ideology’, preventing an ‘indoctrination’ in ideas that gender is socially constructed, or that divergence from heterosexuality is acceptable and normal. They argue it will return control to parents over how their children are raised, and what they are taught. Advocates hope it will prevent their children from questioning gender and sexuality norms, divergence from which many of these proponents view as morally wrong.

Those against the bill argue that it is nothing more than a reactionary moral panic against progressive social ideas, and will cause significant harm to many children.

There is concern that removing open discussion on these issues will lead children contemplating their identities to more harmful content on the internet, to ostracize them from their peers, and to internalize conceptions of themselves as wrong or prohibited, leading to mental health issues.

The vague language of the bill suggests teaching contrary to liberal progressive ideas will be allowed, which may further compound mental health problems. The privacy provisions of the bill may put students at risk, and limit the abilities of teachers to care for children and schools to provide good education.