Impact of a Strong US Dollar 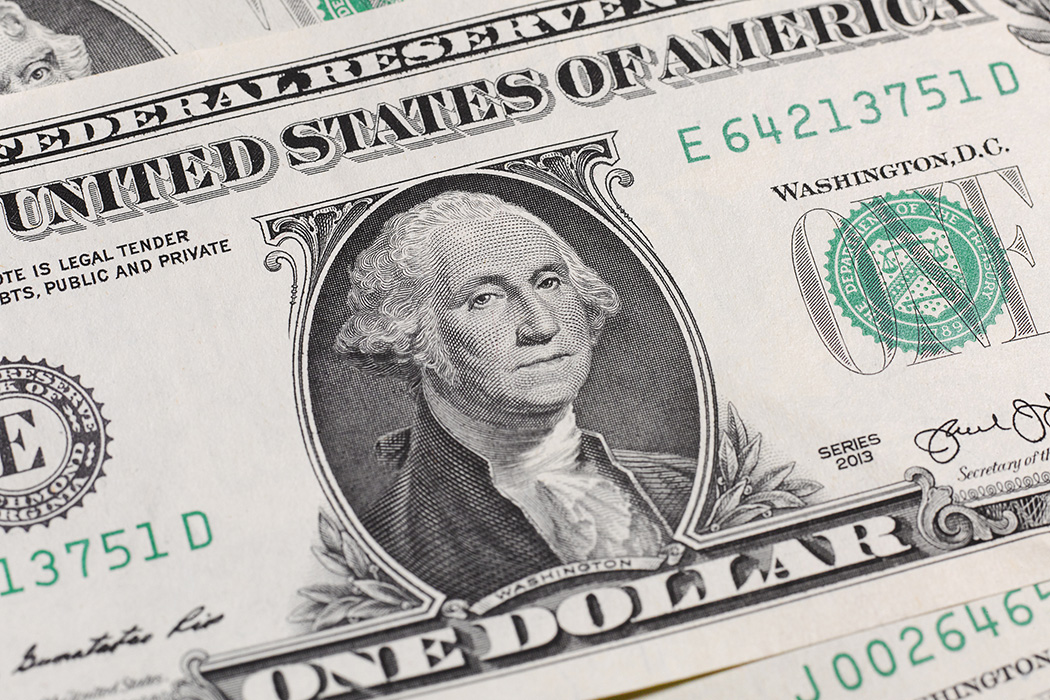 This brief will cover the current strength of the U.S. dollar and what it means for the economy. Relevance, history, related policy options, and a conclusion about said policy options will be demonstrated.

Over the last two years, the U.S. dollar has suffered drastically as the pandemic contributed to vast amounts of deficit spending and inflation. However, the dollar has improved lately, thus begging the question of what our current state entails for the economy.

As noted previously, there has been a surge in the strength of the dollar as of late. According to the U.S. dollar index, the dollar's strength has risen 17% this year. This came after the Fed gradually raised the federal funds rate from around 0% to 3%. This has reduced the amount of borrowing and mitigated inflation to increase the purchasing power of the dollar. Comparatively, it is said that “the dollar is almost the strongest in two decades against the euro.” Overall, the dollar in its current state is strong, especially when compared to the past few years. Because of its newfound strength, it is important to analyze the impacts and potential outcomes.

The strength of the dollar impacts American consumers and investors. In terms of consumers, a stronger dollar means consumers will be better off, especially in foreign markets. More purchasing power means that a consumer will be able to purchase the same goods with less money than previously as each individual dollar is of greater value. So, in a foreign market where each dollar is worth more than each euro, an American could technically purchase the same product for less “money.” However, the upside is not as clear for investors. This is due to the fact that multinational corporations and corporations that rely on exports from the U.S. lose out when foreign currencies are weaker relative to the dollar, as they end up earning less money in dollars.

A strong dollar refers to the comparative value of a currency compared to other currencies. Right now, the U.S. dollar is strong because the Federal Reserve has been able to raise interest rates more sharply in response to rising inflation. The federal funds rate started at near 0% and is at 3% - 3.25%. In contrast, for example, the European Central Bank has had to keep sovereign credit and financial fragmentation on their minds while pursuing a more shallow monetary policy. Lower inflation in Japan and China has enabled their central banks to buck the international trend of raising rates.

Despite the United States’ bleak outlook — from skyrocketing inflation to a likely recession — the country is faring better than most in Europe and Asia. Investors see the greenback as a safer investment than those in Europe, where the war in Ukraine is cutting off energy access, and Asia, where China’s “Zero COVID” policy & real estate bubble have pummeled the markets. Geopolitical risks on both these continents have benefited the U.S. dollar. Historically, this has remained true as well: the American dollar tends to perform well when there is uncertainty in global economies.

Given the dominance of the dollar, this has a significant impact on world trade. When investors buy U.S. dollars, they are selling other currencies to do so, further lowering their value. American consumers benefit from this: when purchasing imported goods in euros, pounds, or yen, it is considerably cheaper than a year ago. This serves as an offset to domestic inflationary pressures.

At the same time, this pits American manufacturers against foreign competitors. Companies that rely on American exports or overseas revenue might suffer as well. If the value of their money earned abroad falters, their earnings in U.S. dollars do as well.

Countries fighting to bring down their own inflation are struggling. On average, the pass-through of a 10% dollar appreciation is a 1% increase in inflation for surrounding currencies. Emerging markets particularly struggle as they depend more greatly on imports. Emerging market funds are down 27% so far this year.

The U.S. dollar has strengthened by 20% since the start of 2021. It’s forecasted this will continue as the American economy continues to outperform other major economies and the Federal Reserve takes immediate action. On the net, this is a headwind to the U.S. economy as domestic prices of foreign goods are lowered.

While the price of the dollar is mainly determined by its foreign demand, political events, and international trade, the main way to stabilize its price is by adjusting interest rates, and in turn, shifting inflation. Currently, inflation in the United States, Canada and the United Kingdom is rising, which historically has meant that their respective currencies are weakening. The two main ways to strengthen the dollar are raising interest rates, which lowers inflation, and changing the currency supply side, and these are often done in conjunction. In March 2022, the Federal Reserve began raising interest rates to their highest since the 1980s, and this has helped combat inflation, thus strengthening the dollar and slowing down markets. A graph of monetary supply shows that starting in March 2020, the number of dollars in circulation has steadily declined as interest rates rose.

The majority of countries have a currency pegged to the US Dollar. As a result, the strength of the US Dollar heavily influences international markets; however, the US is disproportionately affected by changes in the dollar in Caribbean and Persian Gulf countries.

In the case of the Caribbean, virtually all US trade flowing East to Europe and Africa or South to Latin America passes through this region. As a result, if the US Dollar were to deflate in value, it would be vastly more expensive for the US to ship goods through Caribbean waters.

When it comes to US-Persian Gulf economic relations, the first thing that usually comes to mind is oil. About one-tenth of all petroleum and crude oil imports come from the Persian Gulf. This means any change to the value of the US Dollar will have a disproportionate impact on US energy markets, as close to 40% of all electricity in the US is generated through petroleum-based products.

While we like to think of China and Japan as being the biggest stakeholders of US debt, this isn’t the case. Almost all of the US national debt, at around 70%, is held by Americans themselves, while only 30% is held by foreign nations.

A strong US dollar comes with both benefits and costs. The surge in strength for the US dollar certainly benefits consumers who now have greater purchasing power in foreign markets. However, domestic US producers suffer as the import of international goods becomes cheaper, and therefore, preferable to US consumers and US exports go down as international currencies are devalued. A strong US dollar does not appear to bring many benefits to the US domestic economy and in fact seems to hurt US domestic producers. However, it is important to remember the reason for the increase in value. The strong US dollar is a byproduct of the Fed’s attempt to slow down the US economy and decrease rampant inflation. While the US is facing the short-term economic slowdown, the country is preventing the worst case scenario of hyperinflation.