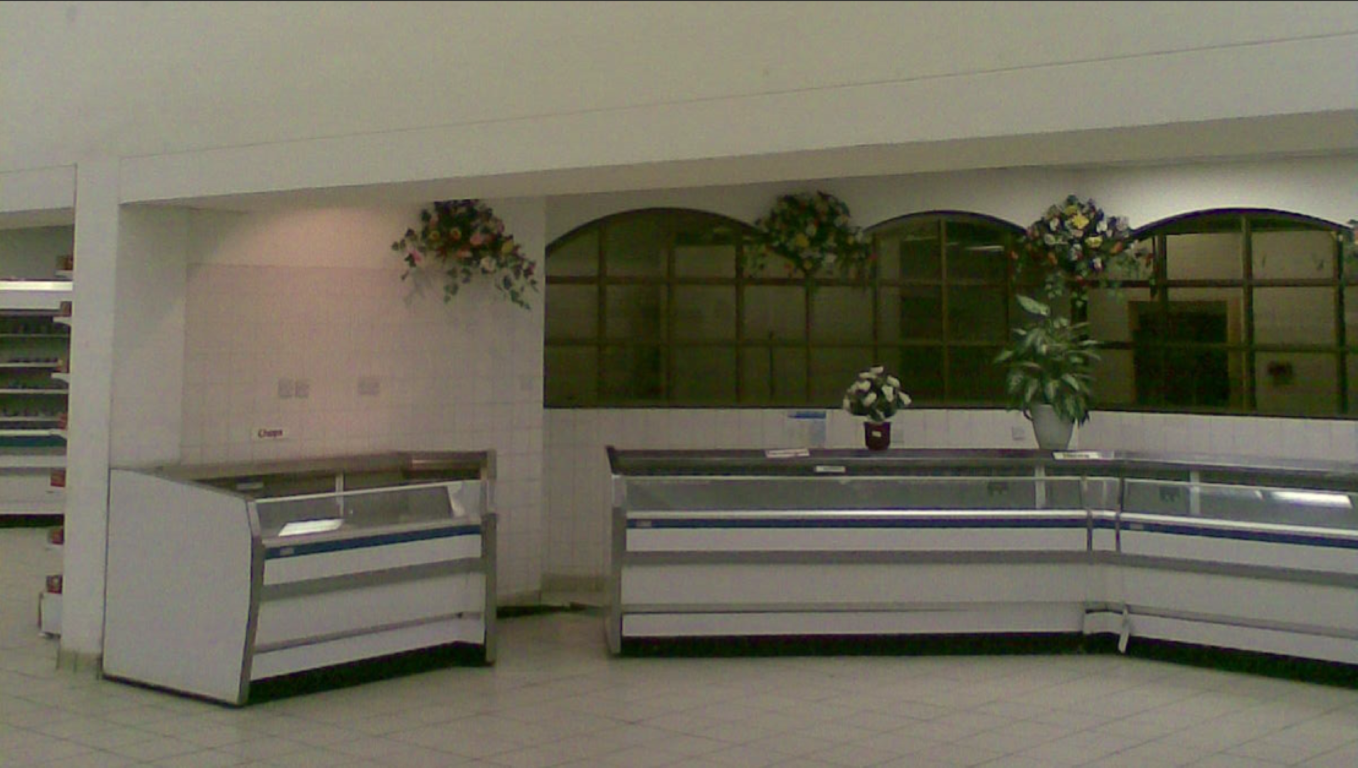 This brief will analyze the concept of mandated government price control. This level of severe domestic, economic intervention carries both positive and negative repercussions. The questions of price control sensibility, floor minimums, ceiling maximums, and longevity will all be answered in this brief.

Now, how necessary are these controls? How much control is too much? Is it more important to protect the consumer over the provider and risk sincere quality?

The existence of price controls is an economic necessity. Price controls allow for greater accessibility to certain imperative goods for disadvantaged consumers. For instance, certain supplies such as food or housing are necessary goods that are inaccessible to certain disadvantaged groups – price controls cut this cycle of oppression (Rockoff 2019). In a market economy, where prices of goods are established via an equilibrium where supply and demand meets, the equilibrium price may be over the budget of certain households.

Specifically, during the most common form of inflation, demand-pull inflation, the costs of goods are driven up by surges in demand which increases inaccessibility. The greatest testament to this idea is the housing market specifically with rent (Investopedia 21). When inflation drives overall rent prices up, price controls maintain accessibility by stabilizing prices at an accessible level contrary to an inflationary one. Ultimately, while some may argue that Adam Smith’s invisible hand should be the driving force in an economy, to a larger extent, the invisible hand fails to recognize miscellaneous factors that must be considered when establishing equilibrium prices in a market.

In addition to consumer necessities, price controls are imperative to construct the next generation. Specifically, many Americans lose the opportunity of post-secondary education due to high educational costs. Statistically, polls find that approximately 56% of college students in the status quo can no longer afford their education while 7% of college students have left college in search of full time employment due to financial instability, and the root issue that is driving this is the upward inflationary pressure on college tuition (Dickler 2020).

As a result, Americans are structurally losing out on opportunities for higher education due to increasing tuition. Moreover, this perpetuates the cycle of income inequality as higher income individuals can enjoy higher education while lower income individuals are left out. The compilation of these results presents a daunting issue for the U.S. in the future. But to slay this problem, price controls must be used. As Josh Freedman, a researcher for the New America Foundation, writes, “Yet the best plans for actual higher education reform are centered on … a system of regulations to control prices” (Freedman 2013). He further explains that establishing a price ceiling for college tuition allows for tuition prices to be stagnant in the long term which ultimately leads to a greater accessibility to post secondary education.

Finally, price controls need to be situated within the U.S. economy to withstand times of emergencies such as pandemics or wars. For instance, during natural disasters, the prices of resources such as gas, oil, and drinkable water exponentially increase in accordance with the increase in demand and a decrease in supply. In fact, when a gallon of water was initially selling for $5.99, Hurricane Irma bumped prices of water up to $99.99 for the same item (Boudreaux 2017).

As a result, in the absence of price controls, necessary items during emergencies become inaccessible as a result of sky high costs. Critics of the price controls would argue that Smith’s invisible hand is in operation here, but these critics fail to recognize that certain factors aren’t considered. If a family can’t afford the $99.99 gallon of water, they die. Hence, although the invisible hand theory naturally constructs the economy, it fails to encapsulate individual factors that can be considered with the existence of price controls.

As Thomas Sowell once said, "When government takes away options, it is bound to make some people worse off, even with intrinsically good intentions behind that government intervention." This embodies the fact that price controls are a mechanism that the government utilizes in an attempt to fix problems and do good, but in reality they make people worse off. It makes people worse off by disconnecting the consumer and the producer, which leads to shortages.

How might price controls cause shortages if their purpose is typically to make the commodity more readily available? Before this question is answered, one must first look at the concept of supply and demand. This concept may seem elementary but is seemingly misunderstood or ignored in regards to this conversation. In an unhampered market, a producer supplies in accordance with consumer demand in order to maximize their profits. Imagine a scenario in which milk is on the market but the government believes the price is too high and they want to implement a price ceiling on milk in an attempt to make milk more available to the general population. The problem arises when the producer begins to lose profits as a result of the price ceiling.

As stated before, the producers' goal is to maximize their profits, so by preventing them from doing so, they will be incentivized to reallocate their resources into a different market. Instead of the producer using their cows for milk, they could switch to cheese or meat, thus effectively lowering the supply of milk in the given industry. On top of this, by artificially fixing the price level to be lower than the market price, the government is creating forced savings by allowing demand to exceed supply. Not only do price controls eliminate existing producers, but they would discourage any sort of entrepreneurship within the milk industry as the profit incentive is minimized.

The entire goal of producers is to profit, so when the government tries to prevent that, they are taking the incentive away from being in an industry. The government's setting of price controls interferes with the natural market interaction between consumers and producers, which prevents them from reaching a mutually ideal price point. It also must be noted that shortages lead to increased competition among consumers to attain the product, which leads to lost time. This lost time may not seem to be of importance, but it can actually cost more or equal to the money saved on the lower price, according to researchers Robert Deacon and Job Sonstelie. This shows another way in which shortages harm consumers outside of there simply being less of a commodity.

The history of price controls is also in need of being examined. Price controls can be traced back all throughout history. A prominent example is France in 1793. At this time, the government enforced price maximums on grain. However, it is seen that "If the maximum laws were meant to save the common people from want and wretchedness, they failed. The scarcity in 1794 was most severe in the supplies of meat, wood, charcoal, pit-coal, and candles" (Bourne).

This trend continues with Poland. In a study on Poland in context of the TV market, it was shown that "The final consumers of the color televisions, who wanted to pay the official price, had to wait in front of the stores for days or weeks until a shipment arrived... Normal procedure obliged everyone on the list to appear at the store at least once a day at a designated time to keep his or her name on the list. There were cases of people taking leave from work to ensure that they would be able to buy a color television and of people who waited in line so they could resell a television" (Tarr). And now in the current day, rent control can be examined.

The problem with rent control is that "Since there is a queue of people willing to rent each apartment and landlords are not permitted to discriminate based on price, the landlords will discriminate on whatever characteristic they please. Landlords may also ask for under‐​the‐ table payments from tenants or require renters to hand over an initial fee in order to sign the lease. Moreover, landlords have little incentive to maintain apartments."

The purpose of giving these examples is to demonstrate how price controls have had detrimental effects on different aspects of the economy throughout time. It also reinforces the claims made earlier regarding the specific economic consequences of price controls.

To understand price controls, one need look no further than the standard law of supply and demand. That is to say that in a free market, the market-clearing price for a good or service is actualized at the equilibrium point of where supply and demand intersect. Price controls -- by their nature -- artificially constrain or elevate prices beyond their equilibrium point.

Why might policy makers wish to employ price controls? If the cost of a necessary good -- like healthcare -- increases such that it becomes substantially unaffordable to a significant amount of the population, policy makers may wish to control the price of healthcare by implementing a price ceiling, a type of regulation that prohibits providers from charging services to consumers above a certain price.

On the other hand, price controls often incur the opposite of their intended effect. That is to say that by artificially restricting the price of a good or service, price controls provide an incentive for producers to reduce the supply of a good or service. For example, a supply-and-demand analysis of minimum wages and the labor market will show that a minimum wage is implemented as a price floor above the equilibrium wage for labor, thus increasing the quantity of labor demanded but also simultaneously reducing the quantity of labor supplied.