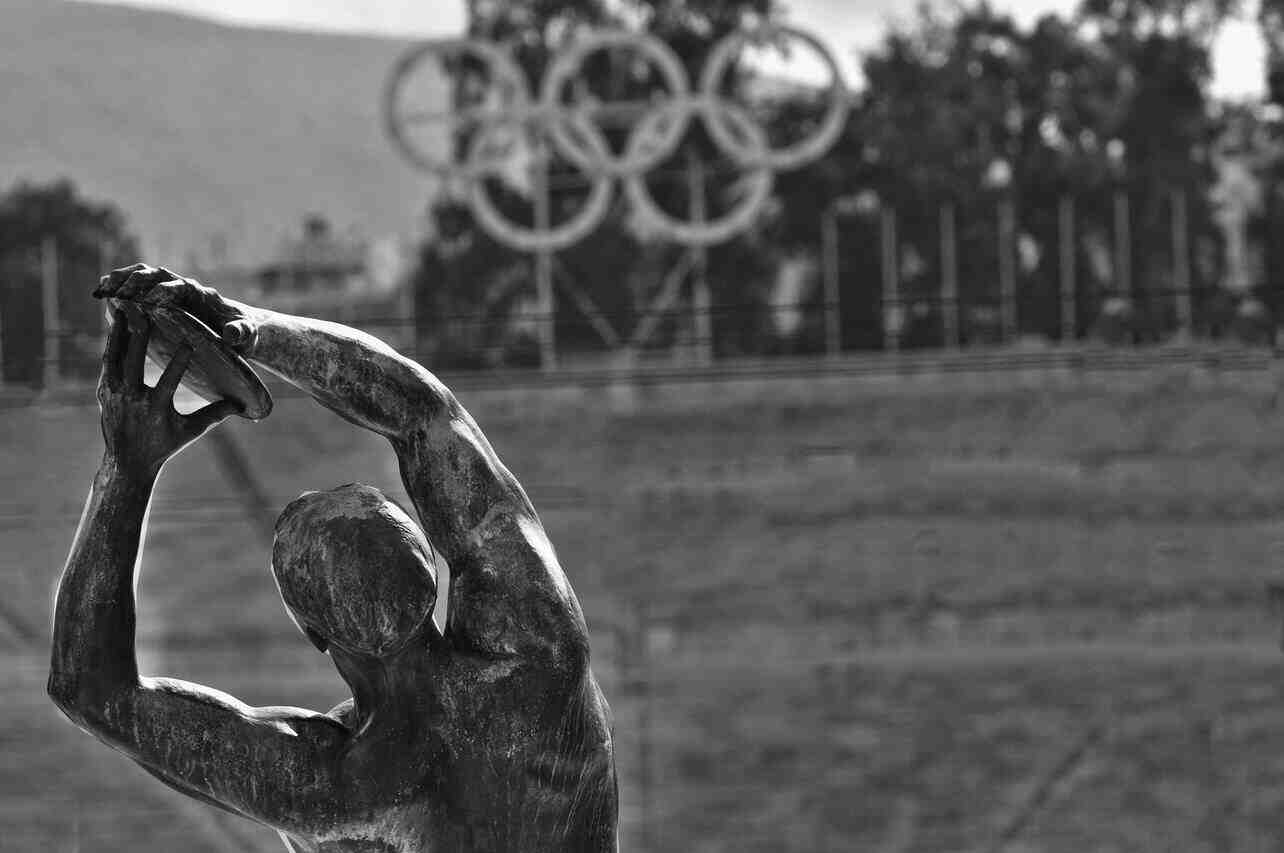 Tensions rise between the U.S. and China as a result of the U.S.-led diplomatic boycott of the 2022 Winter Beijing Olympics. This brief explains the reasoning behind the boycott, as well as the past efficacy of such practices. Finally, it analyzes the possibility of further action from the U.S. in response to the current state of relations.

In December of 2021, the U.S. announced a diplomatic boycott of the 2022 Winter Beijing Olympics. As such, President Biden’s administration will not send any official representation to the games. China has responded to the boycotts stating that they violate the spirit of the Olympics, which have historically prohibited the inclusion of political agendas during the event.

Other nations have joined the United States in the diplomatic boycott, namely the U.K, Canada, and Australia. Although athletes from the nations will participate in the games, the U.K, Canada, and Australia have announced that they will follow the U.S. by not sending any official representatives to the games. With now four western nations announcing diplomatic boycotts against the Beijing Olympic Games, Chinese response has intensified, as China has called the boycotts "political posturing" and a smear campaign.

The U.S. boycott of the Beijing Olympic Games has come as a result of Chinese repression of Muslim Uyghurs, a predominantly Turkic-speaking ethnic group primarily from China’s northwestern region of Xinjiang. The offenses began as a result of the Chinese government launch of its “Strike Hard Campaign against Violent Terrorism” in May 2014. Under the guise of counter-terrorism, Chinese officials have formed “re-education camps” for nearly 11 million Uygurs in the region and detained some eight hundred thousand to two million Uyghurs and other Muslims, including ethnic Kazakhs and Uzbeks.

While information about the camps is restricted and limited, detainees who have fled report prison-like conditions, with cameras and microphones monitoring their every move, as well reports of torture, sleep deprivation, and sexual assault. Through the militant camps and nationwide campaigns against religious extremism, China is attempting to eliminate all forms of Islamic expression and practices, which has garnered international criticism.

Biden’s press secretary, Jen Psaki, has cited these “crimes against humanity” committed by the Chinese government in Xinjiang against the Uyghur Muslim population as the prime reason for the U.S. boycott. The U.S. has accused China of perpetrating genocide against the Uyghur population via forced re-education camps, imprisonment, forced labor, forced sterilization, and other human rights abuses.

Calls for the boycott were accentuated after Chinese tennis star Peng Shuai disappeared from the public eye after alleging that a senior Chinese official sexually abused her [Shuai has been spotted in public (according to Chinese state media journalists), and her safety and freedom are still in question at the moment]. Canadian Prime Minister Justin Trudeau also cited the current situation in Xinjiang as the reason for a diplomatic boycott.

The boycott has been met with nearly universal support, however, Republican Senator Tom Cotton (R-AK) called for the Biden administration to fully boycott the game. However, a full boycott is unlikely, as precedent demonstrates that full boycotts undeservingly punish athletes and rarely lead to political victories.

China’s foreign ministry spokesperson, Zhao Lijian, responded to the boycotts by stating that the U.S. is boycotting, “out of ideological prejudice and based on lies and rumors.” Zhao also stated that China would respond with ‘resolute countermeasures”, which can be interpreted as China threatening to either diplomatically or fully boycott the 2028 summer games held in Los Angeles.

Zhao also stated the US should “stop politicizing sports.” Thus, the boycott likely will not help U.S.-China tensions, which are already tense due to the current and impending Taiwan crisis. However, as demonstrated in the past, boycotts don’t have a profound effect on foreign policy.

For instance, in response to the 2013 passing of the Russian “gay propaganda” law, which explicitly cracked down on LGBT imagery and relationships in Russia, Barack and Michelle Obama boycotted the 2014 Winter Olympics held in Sochi, Russia. The Winter Olympics are not primarily attended by world leaders, but the Obama administration’s boycott was significant. This is because as a form of protest against the bill, the Obama administration sent sports legend and LGBTQ activist Billie Jean King to the closing ceremonies.

The Obama administration used the 2014 boycott to demonstrate their prioritization for the rights of LGBTQ individuals, but beyond that, the effects were limited, as the “gay propaganda” law continues to be in place to this day. More notably, in late 1979, the Soviet Union invaded Afghanistan, which strongly hurt U.S.-Soviet relations. In response to the invasion, President Jimmy Carter threatened not to send the U.S. team to the 1980 Moscow Summer Olympics if the Soviets continued to occupy Afghanistan.

Carter’s main goal was to move the Olympics as he was afraid of a situation akin to the 1936 Berlin Games, where Adolf Hitler and the Nazis were able to gain a copious amount of propaganda while essentially banning Jewish athletes from the games, German or otherwise. Once the date of Carter’s ultimatum for the Soviet Union to withdraw from Afghanistan (February 20th) came and went, Carter and his administration put pressure on the USOC (U.S. Olympic Committee) to vote on the USA's participation in the games.

In response, in 1984 the Soviet Union was a no-show at the Los Angeles Games. The boycott itself was popular at the time with, according to one Gallup Poll, two-thirds of the nation supporting the boycott. However, the boycott itself was unsuccessful in its goals; the games went as planned in Moscow (With the USSR scoring a propaganda victory as it was easily able to sweep the medal count), and the Soviet Union stayed in Afghanistan until 1989.

Unlike the full Moscow boycott in 1980, current diplomatic boycotts are unlikely to halt expected broadcast and procession of the Games. Although government officials will be precluded from attending, Olympic athletes — even those in protest — have said they still plan to compete. Rule 50 of the International Olympic Committee (IOC) also forbids political protest during the events. Nevertheless, the boycott certainly undermines the Olympics’ potential to bring international prestige to China amid the pandemic. Zhiqun Zhu, a professor of political science at Bucknell University, summarizes the boycott as  ultimately “more symbolic than substantial”.

Meanwhile, China has accused the US of using the Olympics for “political manipulation” and warned of countermeasures. Scott Kennedy, a China expert at the Center for Strategic and International Studies, believes that Beijing could restrict bilateral dialogue, delay visas, or limit the presence of journalists at the Olympics. China’s foreign ministry has already exchanged heated rhetoric with the U.S., stating that “no one cares whether they [the politicians] come or not.” Further, Chen Weihua of a Chinese state media publication has called for China to boycott the Los Angeles 2028 Summer Olympics. Overall, while having no substantial impact on the Games or China’s human rights abuses, the boycott risks raising tensions between the United States and China.

While Chinese representatives have dismissed the move as “irrelevant,” other countries (i.e., New Zealand, Canada, etc.) have followed the U.S.’ lead in announcing they would not send delegations to the games. A powerful signal no doubt, the move is ultimately just that—a signal, with no tangible impact on the ability for China to hold the games. There are a number of alternatives, however, that would have such an impact:

But the Olympics is far from the only way for the U.S. to condemn Chinese human rights abuses, and attempts by the Biden administration to frame them as such are done to find an acceptable middle ground. It seems the Biden administration has found a way to evade accusations of silence on issues of human rights without resorting to the more nuclear options of forced relocation or full boycotts. Nevertheless, the impact is temporary, as “Olympic boycotts [historically] tend not to work” and “[have] little geopolitical impact.”

In electing to send athletes but not diplomats, the U.S. is striking a political compromise between silence on China’s human rights abuses and overly-provocative measures. While the decision had largely bipartisan support at home, some, most notably being Senator Tom Cotton, claim the diplomatic boycott is a “‘half measure’” that fails to adequately respond to China’s alleged genocidal actions.

‍
The battle over human rights abuses in Xinjiang will not be won over swimming pools and track events. With the Biden administration implementing sweeping sanctions on China for their alleged actions of genocide against Uighurs in Xinjiang, what was once a back-channeled issue dormant to the public will come center stage, and the U.S. and its greatest trading partner are now staged to go blow-for-economic-blow.