A $15 Minimum Wage on Balance 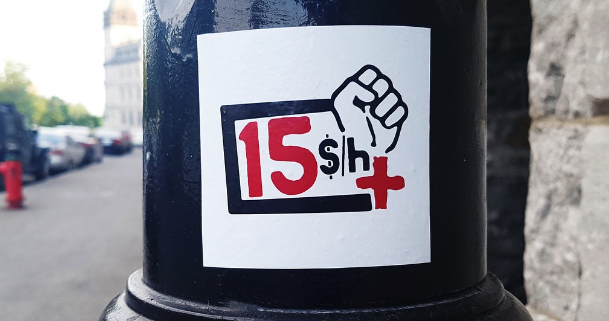 The idea of increasing the federal minimum wage to $15 is a serious policy prescription in the modern day. This brief will give an overview of the $15 minimum wage, the history behind it, the impact of the policy itself, and end with a policy recommendation.

The federal minimum wage serves as the baseline for how much workers will receive as compensation. Recently, many Americans have advocated that the federal government ought to increase the minimum wage $7.25 to $15 per hour.

Although the $15 minimum wage is not a current policy, it very well may be in the future. President Joe Biden has stated that “There should be a national minimum wage of $15 an hour.” The fact that the president of the United States is advocating for this policy illustrates the importance of exploring it.

Due to the fact that some states see to it that the minimum wage be higher, it is crucial to understand whether or not a higher minimum wage would be beneficial for all states and thus enforced through a new federal minimum wage.

While a $15 minimum wage may boost the U.S. economy out of a recessionary gap, the current unprecedented growth in the Consumer Price Index (CPI) may make an increase in the federal minimum wage an economic mistake. Specifically, the current inflation, stemming from generous fiscal stimulus and monetary prescriptions has created sky high consumer demands while supply has dramatically decreased due to an aggregate fall of workforce participation.

As a result, this has brought certain industries to the brink of, and some to an actual, collapse. If inflation is the root of critical concerns in the status quo, there is no need to bolster it by increasing the minimum wage. A critical testament to this idea is the supply chain industry in which the combination of a decrease in workers and high consumer demands has brought about unprecedented high shipping fees. If a $15 minimum wage was implemented today, demand could increase, driving up shipping fees which translates directly to higher consumer prices.

Negating a minimum wage increase is not a politically driven move, but rather, a step towards freely adjusting wage rates. A minimum wage is, by definition, a price floor which may be appropriate depending on any given time.

For example, during the COVID-19 pandemic, industries such as leisure & hospitality, public sector employment, and other low hourly wage occupations suffered the worst job losses. While lockdowns, credit expansion, and voluntary resignation explain most of the dropoff, these industries’ workers are still the most reliant on the minimum wage. As such, the consequences brought on by the pandemic led to large layoffs of less skilled workers.

In doing so, a $15 minimum wage runs the risk of persistent high unemployment in the wake of the Omicron variant. Namely, if policymakers decide to lockdown again, businesses will be forced to layoff least skilled workers in order to meet artificially reduced demand via executive fiat. In the long run, those workers—typically minorities—will be priced out of the market, unable to compete and broadening economic inequality. Despite its intentions, the consequences of a wage increase pursue a course entirely contrary.

At present, there are three possible avenues: (1) raise the minimum wage at the federal level, (2) lower inflation, and (3) continue to delegate responsibility to the states.

An increase will satisfy many Americans who are most at risk of layoffs as well as activist groups. However, it may also upset many small business owners who do not have the ability to afford the higher labor costs unlike Amazon or Walmart and thus will not be able to compete with these larger employers.

Lowering the inflation rate, the central issue of the debate, will restore purchasing power to all Americans, resulting in a rise in real wage rates. This includes credit contraction by the U.S. Federal Reserve and cutting the federal budget. However, concerns thus rise in terms of funding for  Medicare/Medicaid, and Social Security.

Finally, policymakers could continue to leave the $15 minimum wage increase to state legislatures in order to weigh and compare the economic impact and consequences of the new policy, as has been the case thus far.

In the final analysis, a $15 minimum wage has the power to improve fixed-income earners’ ability to maintain and improve their standards of living. Consequently, this policy runs the risk of larger unemployment numbers and layoffs during recessions as well as the pricing out of minimum wage workers from the market. Ultimately, the ability for markets and actors within them to operate under a flexible system, in response to economic trends and social conditions, will secure the purchasing power of wages.