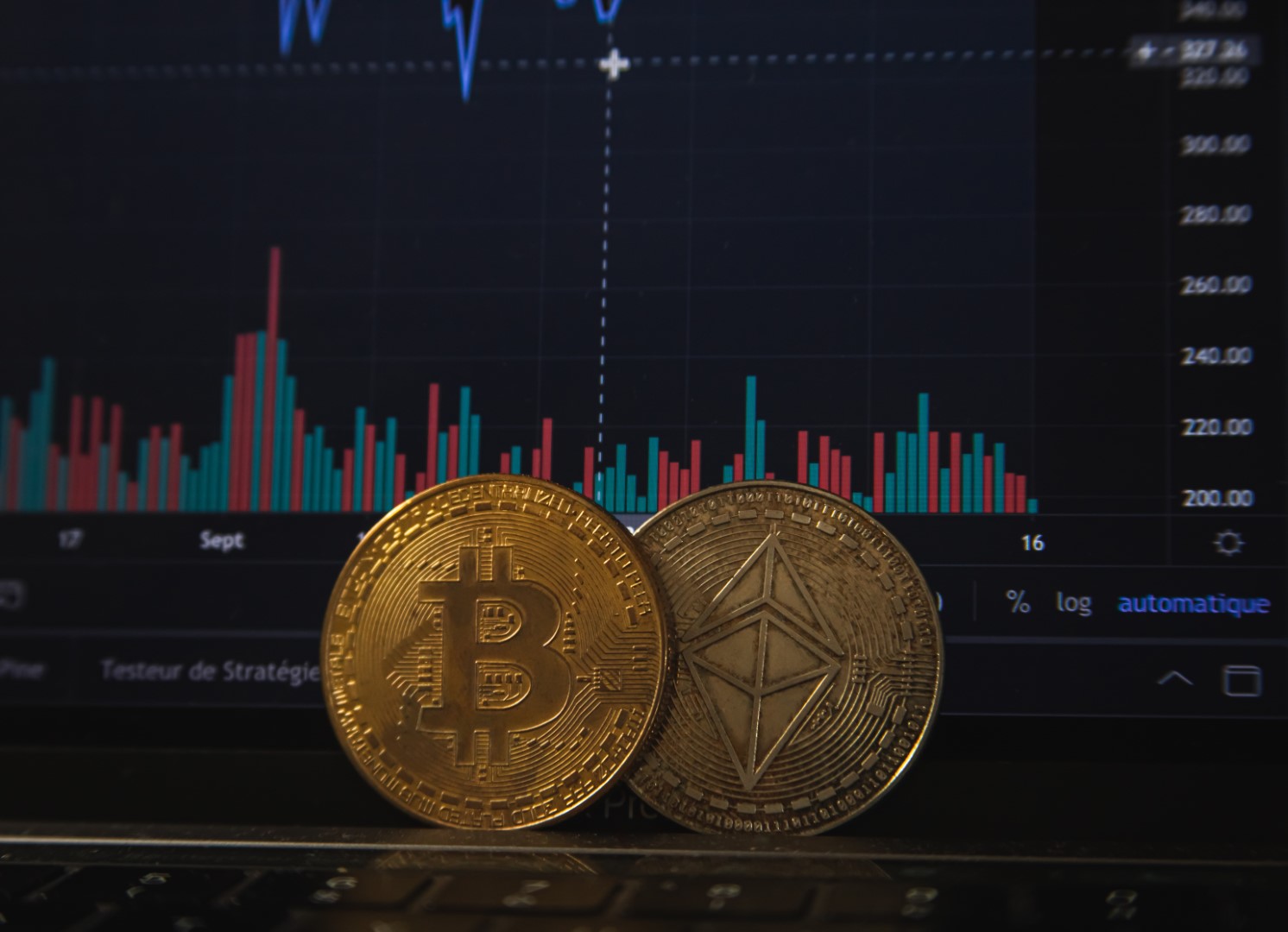 This brief will be an analysis that covers the topic of crypto-currency volatility along with the bill which has been proposed to regulate the industry. The relevance, history, policy positions, and policy recommendations regarding crypto-currency will be explored.

Crypto-currency has been on the rise for more than a decade to which it has gravely increased in popularity and value. However, there has also been a rise in criticism which centers around the volatility of crypto and distrust in its ability to be a viable currency alternative.

Crypto-currency officially “launched” in 2009 as Bitcoin (BTC). BTC started off with some success but grew at a rather slow pace until 2017 when it first broke $1,000 and then eventually reached $19,000 by the end of the year. By this time crypto started gaining much more traction and publicity thus inciting the creation of many more crypto currencies that we know today such as Dogecoin. Crypto has continued to grow with “Bitcoin (BTC) reaching an all-time high of over $68,000 in November 2021 after starting the year at just under $30,000, and the crypto industry as a whole grew to a total market cap of more than $2 trillion.”

Because of this large growth in crypto, it is important to look at the actual reasonability of it being a viable currency as well as the proposed regulation that could benefit or harm the industry as a whole. This would go for all skyrocketing industries, but especially one of this magnitude as it involves currency which is used in everyone's daily life. Another key point is the financial distress that has occurred in the previous years such as the Great Recession and the recession being experienced currently, post-Covid. These issues can and have caused distrust about the government's ability to adequately sustain our financial sector. There has especially been discourse over the FEDs approach to currency. This could allow for interest in a decentralized currency, like crypto-currency, to continue to grow.

The main point of criticism for cryptocurrency is that it is too volatile to actually be used as a currency on a large scale. Volatility is something that every asset market experiences, however crypto is said to be “in a different league altogether.” It is argued that because crypto is decentralized and is not “backed” by anything such as gold, it is merely dependent on the willingness of individuals to trade goods or other currencies for the crypto. This in itself is volatile because of the unreliability of individuals to want to trade things for crypto.

The mere fact that BTC has dropped 30% in a single day is enough to prove the massive amounts of fluctuation in the value of crypto that make it open for skepticism. But it also begs the question of what kind of regulation can be imposed to improve the consistency of crypto, thus making the volatility a key point.

The first cryptocurrency – Bitcoin — was launched in 2009 by Satoshi Nakamoto. New cryptocurrencies entered the market over the past decade, including Ethereum and Tether. In late 2017, cryptocurrencies experienced unprecedented growth due to soaring popularity, although that was largely driven by market manipulation. But cryptocurrencies’ volatility is almost 10 times higher than that of major exchange rates, such as the U.S. dollar against the euro and the yen. The market regularly booms and crashes, sometimes losing thousands of dollars in a single day.

As the total number of crypto users worldwide is projected to reach 1 billion by the end of 2022, governments have a vested interest in protecting consumers from crypto volatility and potential fraud. This is largely due to cryptocurrencies' anonymity and lack of strict national financial supervision.

Given the definition of cryptocurrency as a decentralized digital currency, regulating it – thus centralizing it – seems counterintuitive. Yet as investors and consumers suffer the consequences of this highly unpredictable market, the United States and other countries are scrambling to offer solutions.

The volatility of cryptocurrency is an ongoing issue that governments believe could be limited by regulation. A clearer regulatory framework could pull in more investors, increasing liquidity and stability.

Fraud and market manipulation are rampant in this market as well. One 2019 analysis estimated that 95% of [digital asset trading] volume is fake and/or non-economic in nature. Investors have lost more than $16 billion since 2012 in cryptocurrency-related scams and fraud. Scams like phishing and pump-and-dump schemes are ever-present in the digital sphere.

There are a variety of approaches to regulating cryptocurrency. Some nations– like Turkey, Iran, and India – have banned it outright. Another example is China: in May of 2021, the Chinese government’s prohibition on cryptocurrency transactions set off a global phenomenon known as “the great mining migration” while wiping out $150 billion in market value within hours.

Elsewhere in South Korea, a financial regulator caught 11 fraudulent exchanges. These exchanges refused to register with the regulatory body in South Korea that would force them to provide records of their inner workings. In doing so, they ceased their operations, implicitly acknowledging that illegal activity took place. Meanwhile, the effect of an overactive federal body is on display as stringent regulations threaten to slow innovation in the Japanese crypto ecosystem.

In the United States, crypto exchanges are legal under the Bank Secrecy Act (BSA). Cryptocurrency exchange services must register with the Financial Crimes Enforcement Network (FinCEN), implement Anti-Money Laundering (AML)/Combatting the Financing of Terrorism (CFT) controls, maintain appropriate records, and submit reports to the authorities. However, conflict exists between how they are defined by economic commissions. As cryptocurrencies’ definition determines their regulatory treatment, drawing these distinctions is critical.

The Securities and Exchange Commision (SEC) considers cryptocurrencies to be securities while the Commodities Futures Trading Commission (CFTC) labels them as a commodity. While a substantive or quantifiable effect of regulations upon cryptocurrency has yet to emerge, what has become clear is that the regulatory announcements have no effect on the activity of regulated exchanges. The exception is outright bans, which do result in the decrease of trade.

It is clear the United States needs to reach a consensus amongst its oversight bodies on crypto regulation without inhibiting its growth.

The recently proposed bipartisan crypto legislation introduced by Sen. Gillibrand (D-NY) and Sen. Lummis (R-WY) aims to designate the majority of digital assets, including cryptocurrency, as commodities and therefore under the regulatory jurisdiction of the Commodity Futures Trading Commision (CFTC). Traditional commodities regulated by the CFTC include oil, beef, wheat and other markets. According to the Gillibrand and Lummis offices, the ultimate objective of this legislation is to “create a complete regulatory framework for digital assets that encourages … robust consumer protections while integrating digital assets into existing law.”

The allocation of digital assets as commodities has massive implications for investors. Rather than digital assets alternatively being regulated under the Securities and Exchange Commission (SEC) and having to abide by very technical and prescriptive rules that won’t necessarily improve consumer protection or decrease volatility, digital asset investors believe the CFTC “would be much more appropriate to focus on investor protection and anti-fraud and anti-market-manipulation” according to Daniel Kahan, a lawyer from King and Spalding blockchain and cryptocurrency group.

Furthermore, investors in stablecoin - a cryptocurrency that is tied to another currency which is typically the US dollar - will be exempt from taxes in which they would otherwise have to report income changes with every digital transaction.

The current lack of regulation and definition with cryptocurrency means that the industry is not subject to laws that require protections against fraud leading to the rise of crypto crime. From 2020-2021, 14 billion dollars worth of crypto transactions and currency was associated with illicit activity and in 2021, 3.2 billion dollars were stolen through crypto scams.

Even in non-illicit trading, the immense volatility in the industry has cost investors millions of dollars. Recent crashes in the crypto markets have left more than 40% of bitcoin users in a net deficit. Regulation aimed at stabilization and protection against fraudulence and manipulation is critical to reducing investor risk and raising investor confidence.

While the CFTC Chairman Rostin Behman has asserted that their regulatory principles “can also serve to aggressively address many of the risks of digital assets,” some are not convinced. Dennis Kelleher, co-founder of financial reform advocacy group and former member of Joe Biden’s transition team, believes that the CFTC is not equipped to regulate cryptocurrency and “Wall Street and its allies in Congress have made sure that the CFTC has been chronically underfunded for years, making it impossible for the CFTC to even fulfill its current responsibilities.”

He claims that the regulatory responsibility of such a critical industry being given to, in his opinion, the ill-fit CFTC is intentional. Since 2020, crypto executives have donated more than 30 million to federal candidates campaigns and now he believes the government is rewarding them with light regulations.

Alternatively, digital assets could be regulated by the SEC. Chair of the SEC, Gary Gensler, proposes to increase the range of cryptocurrencies the SEC has jurisdiction of. Currently, the SEC does not  have jurisdiction over Bitcoin, and the agency has recently announced they are doubling their resources and personnel in order to expand their remit with respect to digital assets.

The SEC would be able to tax all fiat money coming from cryptocurrency trading, removing many loopholes that traders use, for example, turning to other tokens to cash out.

On the other hand, the US could also follow the example of other countries, banning cryptocurrency outright. However, this has been greatly opposed by traders, who say it “hinders innovation”.

Cryptocurrency has been deemed to be extremely volatile, and rampant with fraud and manipulation, mainly due to the poor and limited regulation. In order to improve this aspect, proposals have been made to expand the SEC or CFTC in order to allow cryptocurrencies to be more tightly regulated, whilst allowing cryptocurrency to remain decentralized, a main draw point for traders.