Tariffs and their Consequences 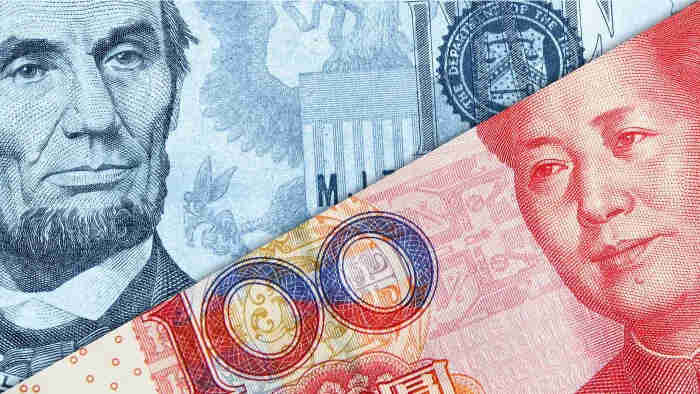 The following brief covers the pros and cons of tariffs. From a political point of view, tariffs are an appealing policy if policymakers wish to preserve domestic industry from foreign competition. However, from an economic perspective, we must always consider: what are the opportunity costs behind such a policy, and are the trade-offs a worthy sacrifice of potential benefits?

Tariffs are the quintessential nonpartisan topic: they are one of the few public policy issues that arguably do not fall neatly across political party lines. A tariff is a fee paid to the government by a purchaser of certain items from a foriegn country. The amount of the tariff and the precise goods on which it is applied are a function of specific trade agreements between the United States and the other  country.

Two highly relevant components of tariffs are technological change and the protection of strategic industries. Technology allows developing countries to produce and build things that are competitive with legacy industries in the U.S.. The auto-industry in the U.S. is one example. The U.S. used to be one of the only countries able to produce cars. However, as technology expanded, less developed countries like Mexico and China also became able to produce these goods. Labor is much cheaper in those countries, making the products more accessible for people in America. The way to combat U.S. citizens buying cars from China and protecting the U.S. auto-industry is to put a tariff on cars made in those other countries.

Posing a tariff equates to higher costs for the consumers. So the main question is, would society be willing to pay more for certain goods in order to protect certain blue collar jobs that are being replaced by advancing technology in cheaper markets? The CEO of Dell described Trump’s tariffs on certain Chinese goods that are needed to make technological products as “mutually assured destruction.” This is because  it caused Dell to increase their prices. However, this recent tariff implementation that was assembled by the Trump administration relative to China did receive bipartisan support. The trade sanctions against China had “strong backing from Democrats and Republicans alike.”

An obvious case for tariffs is to protect domestic industries. As a policy instrument, tariffs act as an incentive for consumers to purchase domestic goods by increasing prices of imported items. The tangible impacts are found in the tire industry. In 2009, during the first three fiscal quarters, American firms were losing revenue at a rate of 3.4% PPI, the average amount of net profits for companies, quarterly. This was due to a growing foreign dominance in the tire market, which ultimately crowded out American firms.

However, after the U.S. imposed tariffs on tires in September 2009, PPI for American tire firms grew respectively by 3.7% in Q4 2009. This was due to the tariffs decreasing the overall influence of foreign tire firms that were established in the American market. The overall impact of this tariff is also credited to save 1,200 domestic jobs in the tire manufacturing sector. As a result, it is quantitatively and statistically appropriate to affirm the notion that tariffs prove wonders for domestic corporations.

Another key developing idea that prompts the existence of tariffs is foul play. Specifically, foregin firms and states often charge exporting products at a lower rate than the price that they would charge in their home market, primarily to drive out competitors and establish themselves in the foregin market before they increase prices. In this foul play situation, tariffs can serve as an integral deterrent and solution by forcibly increasing the prices of items that are being leveraged as foul play – often called “anti-dumping tariffs.”

For example, European Union investigations found that China exported tariffs at a “dumping” price level to the European Union thereby creating substantial harm to EU industries. To counteract this foul play, the EU imposed anti-dumping tariffs to protect its domestic industries while also placing a penalty on China for breaking the rules of the game. As a result this explicitly shows that not only do tariffs act as an aid to domestic industries but also a form of penalty when the rules are broken.

Tariffs act as a weapon for the U.S. government in the competition of trade, primarily when American firms are abused abroad. Specifically, developing intelligence has indicated that American firms were being targeted in intellectual property (IP) theft. Some hosting states have written unfair laws that command access into U.S. firms’ IP and technological innovation. The only way to combat this is through retaliatory tariffs. A key testament to this idea is China’s IP theft on American firms in 2018.

The Chinese government commanded and pressured U.S. firms to hand over IP and technological innovations primarily to aid its developing “Made in China 2025” initiative, which accentuates Chinese technological dominance in the near future. To counteract this oppressive action, the Trump administration levied retaliatory tariffs on Chinese products, targeting roughly $360 billion worth of Chinese products. The Biden Administration left the tariff in place to protect American firms in China. In essence, tariffs are an integral weapon for America to establish an umbrella to protect its firms against foreign threats.

Tariffs cause prices of foreign goods to rise. If America were to place a tariff on all goods imported from China, that would cause China to lose money as they are now being taxed. China would thus try to make up for said tax, likely by raising the price of their exports and by placing a tariff on the United States. China’s retaliation would mostly hurt American businesses as many American businesses purchase capital goods from China and also export goods to China.

These businesses have to pay more for these capital goods as well as take a hit on their profits due to the tariff imposed by China. These increased costs then tend to lead to increased job loss in the affected industries. There are examples of this as recent as Trump’s steel tariff. In 2018, President Trump imposed a 25% tariff on steel for a large number of countries. Many manufacturing industries such as the auto industry heavily rely on steel imports from China. It could be expected that after the tariffs were implemented, the process that was previously described would occur and negative effects would ensue.

A study by the Principal Economists of the Federal Reserve Board’s Industrial Output Section, Aaron Flaaen, Ph.D., and Justin Pierce, Ph.D. confirms this as they estimated that the tariffs caused about 75,000 jobs to be lost within the manufacturing industry. President Trump had the goal of saving jobs within the steel industry, yet he did the opposite. There is very little controversy surrounding tariffs within economics as the majority of economists, despite their school of thought, agree that tariffs are harmful.

It is empirically documented in studies such as, “Macroeconomic consequences of tariffs,” that “Tariff increases lead, in the medium term, to economically and statistically significant declines in domestic output and productivity. Tariff increases also result in more unemployment, higher inequality, and real exchange rate appreciation.” An economy free of tariffs is an economy that is maximizing its growth potential in relation to the global market. If a certain country cannot produce a commodity for geographical reasons, they must utilize trade to acquire that good.

This is important within the tariff discussion as they adversely affect comparative advantage. By raising the price of imports, tariffs may very well prevent a country from maximizing their gain by producing one good and importing the other as the cost of imported goods increases. Overall, tariffs prevent efficient division of labor in the global market and prefer the “protection” of domestic companies over what may be more economically advantageous for consumers and producers.

Tariffs are commonly used for the sake of protectionism, so consumers are constrained to their own country’s companies when looking for products to buy. These governments believe that limiting consumers to buy from their own country’s companies will lead to economic growth, or at least the saving of jobs, which is the opposite of what occurs. By implementing tariffs, governments effectively harm the economies they are supposed to improve.

Tariffs may be a crucial policy instrument in the United States’ fight against China if it were to conduct a military operation on Taiwan. However, until such a time, their use would serve as a detriment to U.S. consumers. Compounded with inflation after the COVID-19 pandemic and into 2022, another artificial rise in prices will make it harder for consumers to afford essential goods, and stifle investment.

As stated in the brief, there are notable benefits and costs to implementing and maintaining tariffs. To policymakers, tariffs are a particularly appealing policy with sufficient political capital due to the convergence of interests on the part of industry-specific interest groups and politicians. A notable example of this are the current trade protections in place for the U.S. agricultural industry. In favor of tariffs, some note that it is essential to protect domestic industries -- like agriculture -- given their contributions to not only food production but also overall employment.

On the other hand, tariffs come with significant losses to overall society as well as imposing higher prices on domestically-produced goods and services. Tariffs are often placed above the world price for a good or service, resulting in a shortage that increases prices and decreases imports. Thus, like any policy, tariffs come with significant costs and benefits. As far as the data indicates , tariffs provide significant benefits to domestic industries, but fail to provide parallel benefits to domestic consumers.