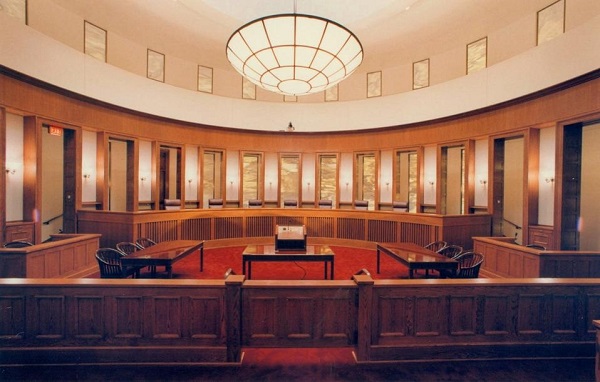 Statistically, eyewitness testimony is unreliable. In 70 percent of Michigan registry cases, an eyewitness falsely accused the defendant of a crime they did not commit. 358 people who had been sentenced to death since 1989 have been exonerated through DNA evidence. 71% of the 358 individuals had been convicted through eyewitness misidentification and had served an average of 14 years in prison before exoneration. Of those false identifications, 41% involved cross-racial misidentifications. 28% of the cases involved a false confession. Based on Figure 1, it is evident that eyewitness testimony is unreliable and should no longer be used in criminal trials.

Memory distortions affect eyewitness testimony, which compromises their reliability. Witnesses truly believe their version of events, no matter how inaccurate they may be. Ulrich Neisser from Cornell University noted that perception and memory are not copying processes, rather, they are “decision-making processes affected by the totality of a person’s abilities, background, attitudes, motives … [,] beliefs, by the environment, and by the way his recollection is tested.” Memories continue to be constructed after the originating event. People underestimate how quickly forgetting can take place. The testing of a police lineup is less reliable the longer the time between the event and the test. In between the event and the test, there is a filling in of some details, which may clean up incomplete memories. Distortions of memories negatively affect the validity of eyewitnesses and their testimony. Due to these factors, eyewitness testimony should be banned from criminal trials.

Memory biases can negatively affect the legal process and can even result in false convictions. People are biased to notice and exaggerate some experiences and minimize or overlook others. The tip of the tongue effect has a vast impact on the reliability of eyewitnesses. The tip of the tongue effect is where you try to come up with something you remembered even though you have the sense that it is right at the tip of your tongue. People’s expectations and beliefs about how the world works can have huge influences on their memories. A police officer testified that he saw a black man shoot a victim from 120 feet away. Investigators found the scene of the crime poorly lit to the point where they could hardly see a person’s silhouette, let alone a face. The jury even went to the scene of a crime and had a black juror stand where the officer believed he witnessed the murder and found that the jurors could not identify any features of the black juror. In this case, the jury acquitted the man that was charged.  Gordon W. Allport of Harvard University conducted an experiment where he “had his subjects take a brief look at Figure 2.

Fifty percent of the observers later reported that the razor was in the hand of the black man. Many aspects of people’s everyday lives are full of redundancies, their memory systems take advantage of the recurring patterns by forming and using memory templates. An experiment that proves this point was conducted by Jerome S. Bruner and Leo Postman from Harvard University, where observers were shown in Figure 3.

How many aces of spades can you see? The researchers in this study noted that most observers noted there were 3 aces of spades. However, the actual number of aces of spades is 5. The researchers stated that the reason people had a misconception about the cards illustrated in Figure 3 was that the people were so familiar with black aces of spades that they ignored the red ones. The prior memory template and conditioning led the participants to believe a false truth of 3 aces of spades. In criminal trials, the prior conditioning of a witness can cause him to report facts that he believes were or should have been present but were not present. Based on these scientific findings, it is imperative that eyewitness testimony be ruled as inadmissible evidence on the grounds of unreliability.

There are many additional factors that can reduce eyewitness accuracy. One factor is extreme witness stress at the crime scene or during the identification process. Another factor is the presence of weapons at the crime because they can intensify stress and distract witnesses. An additional factor is the use of a disguise by the perpetrator, such as a mask or wig.  Also, a racial disparity between the witness and the suspect has an effect on reducing the accuracy of eyewitnesses. Brief viewing times at the lineup or during other identification procedures may reduce the accuracy of eyewitnesses. An example of this issue occurred in 1998. The police created a sketch based on eyewitness testimony of the Bronx Rapist, who was a suspected serial rapist.  The sketch resembled Tyron Hicks so much, where his parents turned him in, and he served 10 years in prison before DNA evidence exonerated him. Finally, a lack of distinctive characteristics of the suspect such as tattoos or extreme height. These are just a short list of some factors that can reduce the validity of eyewitnesses. People are too focused on their daily life to pay detailed attention to what they hear or see. From these studies, there is proof beyond a reasonable doubt that eyewitness testimony is unreliable and no longer needed in criminal trials.

The Supreme Court must overturn its ruling in Manson v. Brathwaite (1977), which created a test from judicial precedents rather than modern science ... and is founded on the premise that reliability is the linchpin in determining the admissibility of identification testimony.” Although reliability is vital, the Court's criteria are based on a set of factors that, taken together, are not reliable indicators of reliability.

The Institute for Youth in Policy wishes to acknowledge Lucas Yang, Paul Kramer, Sydni Faragalli, and other contributors for developing and maintaining the Programming Department within the Institute.