Fiji, University of Lincoln - Nebraska, and Sexual Assaults' on College Campuses: What Can be Done? 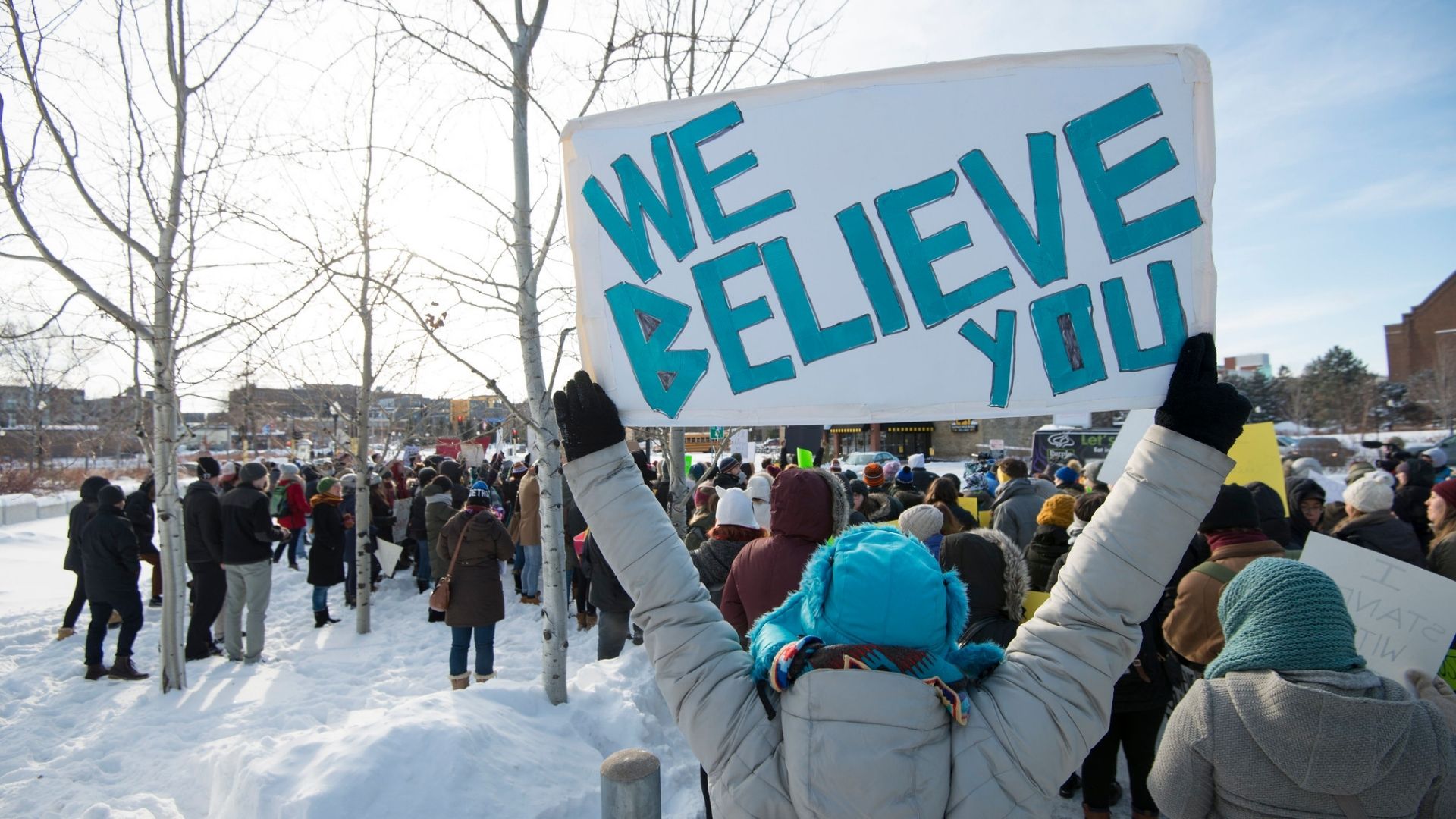 At a time when many educational institutions want nothing to do with protecting women who have been sexually assaulted, how can we expect society to do its part in protecting these victims? To all the women reading this, if you have not experienced sexual assault, there is a high probability that it will happen to you at some point in your life. Statistics show that one in three women will experience some form of sexual violence in their lifetime. That means that out of you, your daughter, and your sister, it is statistically likely that one of you has been or will be sexually assaulted in your lifetime. It is happening all around you, and at alarming rates and, unfortunately, there is not much being done to protect our youth from this epidemic. I would argue the opposite is happening: universities, colleges, and high schools are enabling it by ignoring the problem in order to keep their reported crime rates artificially low.

In order to curb the trend of the sexual assault epidemic facing young women today, as a society, we need to hold educational institutions responsible for being complicit, via their lack of effective response, in regard to this behavior. Sexual assault is a problem that has plagued every generation of young women in history—when will we finally stand up and say enough is enough? It is unacceptable that our society treats educational institutions  differently than other organizations and sectors (such as corporations or workplaces) in terms of responsibility in enabling sexual assault. Young women are the most vulnerable during the time they spend on educational campuses. This is because most women on such campuses are young and tend to be powerless. Therefore, due to the inexcusable inaction by universities, colleges, and high schools, this epidemic will continue to disproportionately affect younger generations of women. However, in order to see a change in this trend, sexual assault victims must do their part to change the status quo by taking action. Specifically, it is time for Congress and state legislatures nationwide to do more to hold schools accountable for failing to report sexual assaults to the police in a timely manner. Furthermore, governmental action is needed to motivate, if not require, schools to do more—within the confines of respecting legitimate rights of perpetrators—to identify, and remove all sexual predators from campuses. It is also time for laws to be passed that clarify and render uniform, public reporting procedures so that all students can be informed of the incidences of sexual assaults on every school campus across the nation.

It is important to understand the urgent need for these changes and to do so, one must grasp the context of sexual assaults on school campuses. While it is a difficult reality to accept, the truth of the matter is that men have sexually assaulted women in significant numbers throughout Western history. The real question is what can be done about it, particularly in social settings, like schools, in which large numbers of young men and women commingle in ways in which their every interaction cannot be monitored or policed. In such settings, minimizing sexual assaults of vulnerable women requires effective policies, practices, accountability and consequences; money and institutional reputations can have no role in such a process, if it is to be effective. Unfortunately, educational institutions, when left to their own devices, tend to prioritize money and reputation over everything, including sexual assault victims. The result is that young women are exposed to sexual violence in far greater numbers than need be with the result that women are hindered from achieving an equal education as compared with their male counterparts.

Studies confirm that sexual assault predators start their violence towards women in high school, continue on at universities and colleges, and then carry it forward into the real world, exposing all generations of women to such victimization. Sexual assault knows no boundaries, as it does not occur in just the South or North, nor only in the East or West; it happens in every state, affecting every community, in some way, shape, or form. It has taken place at Cornell, Duke, U of Alabama, U of Texas, UCLA, Stanford, U of Minnesota, U of Chicago and at all the places of learning in between. The problem will continue to perpetuate and victimize future generations of women unless something more is done.

One recent reported example of a university failing to protect students from sexual abuse and rape was at the University of Nebraska at Lincoln. There, it was reported that an underage girl was allegedly beaten and raped by a fraternity brother in August 2021. The report went on to suggest that this was not the first time this specific fraternity had been suspended on campus for sexual harassment. In 2017, the University of Nebraska at Lincoln voted to suspend the fraternity due to “breaking the student code of conduct repeatedly and were specifically accused of yelling out sexually harassing comments during the women's march on campus in 2017.” However, the university allowed the fraternity to return to campus, with little supervision, despite having imposed probation. This rare publicly reported example underscores how a school’s failure to adequately address sexual assault can result in the cycle of sexual assault being perpetrated in the absence of an overarching force intervening.

This example also underscores the unfortunate realization that students who participate in Greek Life are exponentially more exposed to sexual assault than students who do not. An article posted by The Guardian highlights that “numerous studies have found that men who join fraternities are three times more likely to rape, [and] that women in sororities are 74% more likely to experience rape than other college women.” This number should take you aback and draw your attention to the issue of sexual violence of any kind that is intertwined with greek life on college campuses.

As a student who goes to a school in which Greek Life is heavily criticized, I have seen how it is possible for schools to hold fraternities accountable in a way that greatly limits the number of cases coming out of Greek life every year. In 2019, American University had one of the biggest “abolish Greek Life” movements in the country, in which fraternities were exposed for their violent and racist reputations. Sororities were exposed as well for failing to report claims of sexual assault and failing to address the lack of diversity within respective chapters. Since then, American University and the Frat and Sorority Life Council (FSL) have worked together to take a harder and more public stance against sexual assault, hazing, and bullying. Together, they have created a Greek Wellness Coalition that aims to “Spread awareness and tailor prevention efforts for mental health issues, sexual violence, alcohol and drug abuse, hazing, and other topics facing the Greek community.” Since the policy has been put in place, two sororities have been disallowed from participating in the fall informal recruitment, thereby connecting actions to consequences.

American University’s Greek Wellness Coalition appears to be having some success, with rumored sexual assaults now occurring mostly outside of Greek life. To that end, American University’s new plan to stop sexual violence on campus includes “mandatory Title IX training each semester, mandatory risk management and bystander intervention training and an accountability policy which will refer chapters to a judicial board if they do not follow or meet the requirements of the new procedures.” While future implications and effectiveness of community-based attempts at preventing violence by schools still remain unclear, there is little stopping Congress and state legislatures from stepping up to ensure such efforts are backstopped by laws.

In 2015, the National Association of Student Personnel Administrators (NASPA), alongside more than twelve campus safety groups and student affairs associations, wrote an open letter to legislatures in all 50 states imploring them to consider pending bills that would give accused students and victims judicial rights that they are not currently granted in the Title IX legislation. This included allowing a lawyer to “fully participate in campus hearings” and require all college officials to refer reports of sexual assault to law enforcment within a given time period. This would be a step in the right direction for victims of sexual assault because the school would be expected to work hand-in-hand with law enforcement to not only dole out punishment, but also so that students will have the opportunity to have legal representation on all sides of the issue.

Lastly, one of the biggest issues that schools nationwide need to address is the fear students have of reporting when alcohol is added to the equation. Based on my own personal experiences, there have been instances when I have become aware of sexual assaults, but because the girl was consuming alcohol and, fearful of getting in trouble for that comparatively minor infraction, she would not report the incident to school authorities.This is a problem that would affect a vast majority of college students, as research that shows that “about half of sexual assaults on college campuses involve a situation in which the perpetrator, the victim, or both were consuming alcohol.” This factor, although not surprising, has an outsized impact on whether or not campus victims will speak out following assault. Unfortunately, this fear gives a safe space to predators, who will knowingly prey on girls who are drinking. Although there are many ways Congress, or state legislatures, can address this problem, the most forthright way would be to pass laws that require schools to track and publish their responses to sexual assault when alcohol is involved. More specifically, they should make it clear to students on their sexual assault reporting page that the reporting will not get them in trouble with the universities if they were drinking. The reason for this being that students should be able to report sexual predators without the fear of getting punished for committing comparatively minor infractions that normal college students undeniably do and, as a practical reality, cannot be stopped.

Overall, sexual assault and violence on college campuses is something that is not going anywhere anytime soon. Sexual violence especially thrives in Greek Life and campus partying that nearly all college and university students participare in. Therefore, it is incredibly important that if schools will not take the steps necessary to protect their students, regardless of the financial or reputational implications, then it is up to the state and federal government to do so. We must erradicate the sexual violence that is thriving in campuses nationwide. We must stand up for our future daughters and granddaughters and create a world in which students can feel safe on college campuses in a way we never could. We must stand up for women everywhere, and remind all of our government officials, from city council to the president, that we should be protected from and break the cycle of this gender-based violence that will haunt many of us women for the rest of our lives. To all my fellow college students: enough is enough, and now is the time to act.