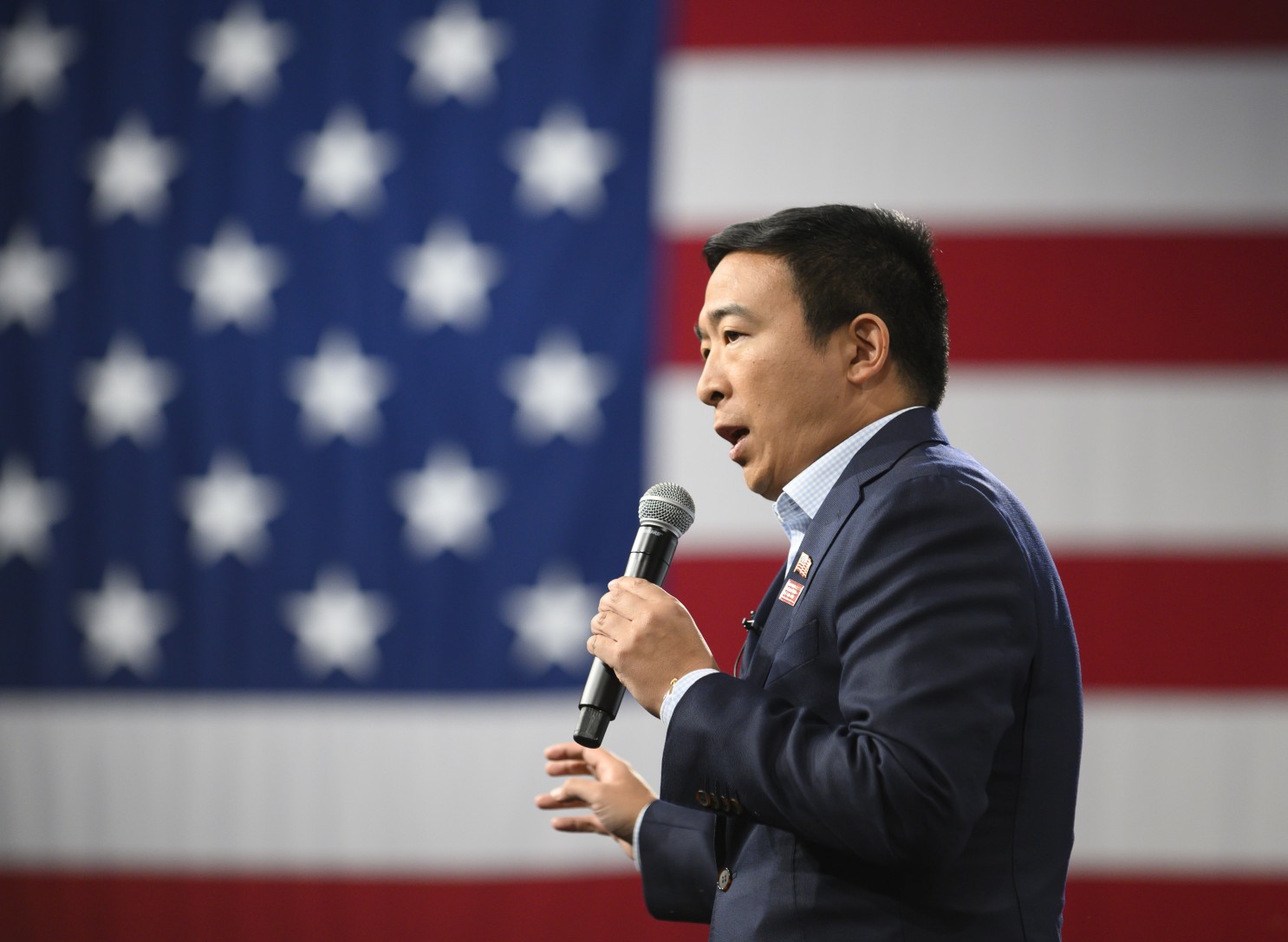 On November 6th of 2017, a relatively unknown businessman by the name of Andrew Yang filed with the Federal Election Commission to run for president in the 2020 election. His campaign based around combating the negative effects of automation and implementing the universal basic income made him the dark horse of the Democratic primaries, ending with him polling at approximately 5% before he dropped out of the race in February 20201. Yang, who had no previous political experience and had never held public performance, managed to relate to hundreds of thousands of Americans with his charming personality and progressive politics. In a political climate where the average American increasingly feels as if the government isn’t working for them, Andrew Yang stood out2. Though his antics, such as crowd-surfing or spraying whipped cream into supporter’s mouths, have often earned him criticism for being “unpresidential” or taking campaigning too lightly, it is his relatability that has made Andrew Yang so popular and this displays why candidates like him are the future of American politics.

In 1966, the American National Elections Studies found that the average American had a score of 61 on their 4 question test regarding trust in the government4. In 2016, the score stands at just 17. Americans have lost confidence in their government, with super PACs, partisanship, government shutdowns, the electoral college, and claims of election fraud all contributing to the overall feeling that the American government is not working for the average American person. In the eyes of the public, establishment politicians are corrupt and lack political courage as 72% of the public believes that it is a big problem that politicians are focused more on getting reelected than on helping their constituents5. A prime example of an establishment politician would be Lindsay Graham, whose constant shifting of views on Donald Trump displays his lack of political courage. When Donald Trump was only an up and coming force in the GOP, someone who was not regarded as a serious contender for the Republican nomination, Lindsay Graham went out of his way to slander Donald Trump wherever he could, including platforms such as the Daily Show with Trevor Noah6. His discontent for the eventual president seemed to know no bounds, claiming that if Trump were to carry the banner of conservatism, it would “taint conservatism for generations to come,” and stated that Trump’s campaign was “opportunistic, race-baiting, religious bigotry, xenophobia.” In two years after the 2016 election, Lindsay Graham would eventually become one of Donald Trump’s biggest supporters in the Senate, defending him anywhere and everywhere, going completely against everything he had once said. Graham had seen the way the winds were blowing, he knew the worldwide rise of right wing populism was being echoed in America and that Donald Trump was the future of the Republican party. Thus, he forfeited his morals and threw his full backing behind Trump, even now attacking the second impeachment proceeding7. The lack of political courage shown by career politicians such as Lindsay Graham perfectly encapsulates why there is a stigma towards the establishment.

The rise of political cynicism in America has led to and will increasingly lead to the rise of unconventional populist candidates, such as Andrew Yang and Donald Trump. In a world where political rallies can often feel more like boring and monotonous monologues, these types of candidates manage to energize their bases and win over the public. Their antics humanize them to an extent never seen in politics and help them reach out to the common man in a way that other candidates simply cannot. While establishment politicians seem to have every word they say planned out, every press release carefully nitpicked, and every tweet double and triple checked for spelling errors, this new breed of politician is less careful and more open. Their ability to make mistakes, and in some cases admit to those mistakes, ingratiates them to the general public. As Andrew Chang of Waverly, Iowa said, “Well, that's my personality sort of reflected with me. That's kind of how I break the ice, and so I really appreciate it.”3. Politicians who are able to relate better to their audiences will inevitably become more successful, and politicians such as Lindsay Graham or David Perdue will inevitably be left behind.

However, what makes these populist candidates so successful is what also makes them so dangerous. Donald Trump’s ability to connect to the average person has allowed him to have an unhealthy amount of control over his base, being able to convince them of almost anything. The march on the Capitol, where diehard Trump supporters brought a noose and chanted “HANG MIKE PENCE,” displays how easily populist candidates can manipulate people8. Even Mike Pence, a career conservative who was one of Donald Trump’s first mainstream supporters, was not safe from the influence of his president. While Andrew Yang has not used his charisma to incite violence, he is also able to pepper over valid criticisms of his policies by shifting the topic to the common American. When Jonathan Capehart of the Washington Post questioned him regarding how difficult it would be to convince white Trump supporters to back his signature Freedom Dividend, Yang replied with, “I also believe I’m somewhat different from some of the other Democrats in the field. And I can’t speak to Obama, but I’ve been on Fox News any number of times. I’ll talk to anyone. And one friend of mine, whose mother is an avid Fox [News] viewer, said that Yang is the only Democrat I would support because he is the only one who does not seem to be judging me. That is enough for us to get a critical mass of Donald Trump supporters to get around a solution that would dramatically improve their way of life.”9 Yang failed to acknowledge a systemic issue in America, wherein “white people are willing to die rather than be connected to or finance policies which they believe are giving resources to people they view as undeserving”9, 10. Instead, he hopes that his inclusivity will be enough to convince these people to change. As a populist, Yang tries his best to convince everyone to like him, but in doing so ignores systemic issues in American institutions fearing that they may ostracize some people.

As more and more unpresidential populist candidates join the field, it may be tempting to support them and all their policies without giving their words too much consideration. Their rhetoric and actions make them feel much more human than other candidates and their ability to relate to people makes them seem like they will always have the public’s best interests at heart, something that most Americans cannot say about career politicians. However, it is always important to be skeptical of these candidates and their policies. Though they may seem great, their charisma may be hiding the things that they do not want you to know.