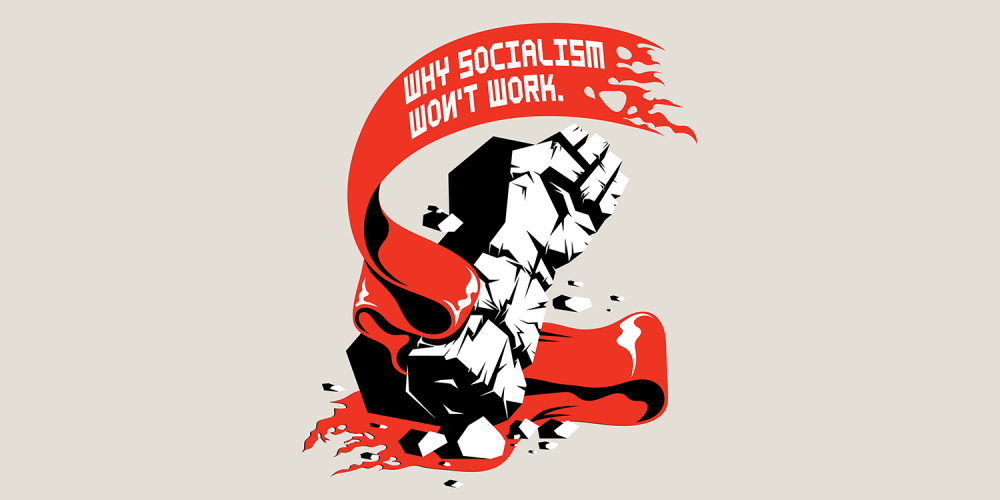 Ahh, socialism. By its literal dictionary definition, socialism is the political and economic theory of social organization where the means of production, distribution, and wealth are owned by the workers and split evenly. This may sound great in theory, but in practice, history has shown us that socialism almost always leads to communism. Communism has, in turn, led to authoritarian rule and tyranny, which resulted in mass poverty, starvation, and conflict in over two dozen countries worldwide. The question is not why countries nowadays continue to practice this form of political and economic ideology even long after the fall of the Berlin Wall and the Soviet Union, but why it is reemerging and ever more popular among our youth.

Two surveys recently reported by The Washington Times and The Federalists concluded that over 50% of Millennials and Gen Z identified as socialists, ranging from socialist preferences and tendencies to radical Marxist Leninist beliefs. When asked about their stance on socialism, many pointed towards the financial crises of the 2000s and 2008 as a leading factor, along with the hardships their parents and families experienced. They cited those events as being the source of their support for socialism and disdain for capitalism.

While those grievances are genuine concerns, much of our generation fails to recognize the technological innovations that the free market and capitalism have brought about. We have had the spread of the internet, which allows for the unregulated flow of information, commerce, and trade. We have nearly eradicated polio and with advances in technological breakthroughs, which have increased the life expectancy of those living with diseases such as HIV/AIDS, tuberculosis, hepatitis, and to a certain extent, cancer. All of these were signs of a doomed fate mere decades ago. The mobile smartphone, especially the iPhone, was once considered an elitist symbol of overpriced high-tech merchandise upon release over a decade ago. It is now the most widely used choice for smartphones among Americans. These are just a few of the many advances in technology brought about by the free market and capitalism that have led to human progression and an increase in the quality of life for billions of people. Technological advances fueled by capitalism and the free market have lifted billions out of poverty. In fact, according to World Vision, a billion people have been lifted out of poverty worldwide since 1990, and infant mortality has dropped by nearly 50%.

With these facts in mind, why, then, do much of America’s youth still despise capitalism? What is the underlying origin of our youth’s disdain for this ultimately beneficial economic system? Much of the growing populist support for socialism has to do with how sympathetic politicians have portrayed it. At the end of World War II, amidst the Cold War came the decolonization of many European held states and territories gaining independence. Upon gaining independence in the 1960s, there was a massive appeal to socialism, as it was portrayed by many leaders of the respective newly independent states as “the way to true decolonization.” Many leaders, particularly those in Africa, deemed capitalism as a means of oppression and colonization. The 1960s era of revolution saw massive social uprisings, from Mao’s Red Guard and Ho Chi Minh’s Viet Cong fighting for liberation to Mandela’s ANC and Huey’s Black Panthers. Socialism has always had a certain appeal, but the last 50 years of recorded human history prove otherwise.

Socialism’s appeal to the masses, particularly the youth, can be seen back to Mao Zedong’s revolutionary appeal to the adolescents of Beijing during the 1968 Cultural Revolution. Mao had his Red Guards destroy all the “olds” (those being ancient cultural relics of Confucian, Buddhist, and religious origin). The reason for this was to get rid of those deemed “anti-revolutionary” and “bourgeois”. Hundreds of thousands of people were killed indiscriminately, and cultural icons were destroyed for promoting “old values and classism”.

Nonetheless, socialism has once again in our era gained the appeal of the masses: over 50%, to be exact. When the social revolutionary- independence era of the 60s came to a close, the socialist cry for egalitarian justice persisted. Socialists these days are not marching their teachers around and publicly beating them, as was the case in Mao’s China. However, they have instead initiated "cancel culture" through publicly shaming individuals online. Many self-described “social media influencers'' and liberal celebrities have taken it upon themselves to harass people online whose beliefs and ideologies they disagree with. These range from a love of country and patriotism to being a staunch supporter of limited government individual rights and free-market enterprise. Many academic intellectuals and students who question socialism are immediately doxxed with their private information leaked to the internet as a means of intimidation.

Socialism has become embedded in the modern-day social justice movement. It is appropriate that, in a time of rapid technological development, over 50% of young people consider themselves to be socialists and prefer a socialist-based economic system, as reported by Vice News. When asked about previous socialist experiments, many will argue, “It’s not real socialism”. When asked about their real-world view on a socialist state, many have different views, as written in Socialism: The Failed Idea that Never Dies by Dr. Kristen Niemtiz. Niemtiz also points out that socialism appeals to millennials most because it is seen as morally right, while capitalism and individuality are seen as immoral and greedy. It takes intellect for one to understand free-market principles and their benefits. I think, regardless of political ideology, when shown statistics on the dropout rate and illiteracy, much of Generation Z and their millennial comrades do not possess the intellectual knowledge and discipline to appreciate the values of the free market and capitalism.

In conclusion, socialism and Marxist-Leninists ideals tend to be on the rise amongst our youth. In what is often seen by many as the nation that is the leader of the free capitalist world, it's important to note the causes of this movement. Generation Z and millions are often described as the “snowflake generation." They are the most privileged in terms of quality of life. What much of our generation has done is to follow the lies of bureaucratic politicians like sheep. That lie is that the incentive of profit for oneself is inherently malevolent, oppressive, and unnatural. This lie may have dire consequences as Generation Z and millennials begin to enter the political scene of our world, putting forth their idealistic world views and removing those they deem undesirable.

EDIT2. (2018, August 24). Millennials May Love Socialism, But Socialism Won't Love Them Back. Retrieved December 18, 2020, from   https://www.investors.com/politics/editorials/millennials-socialism/