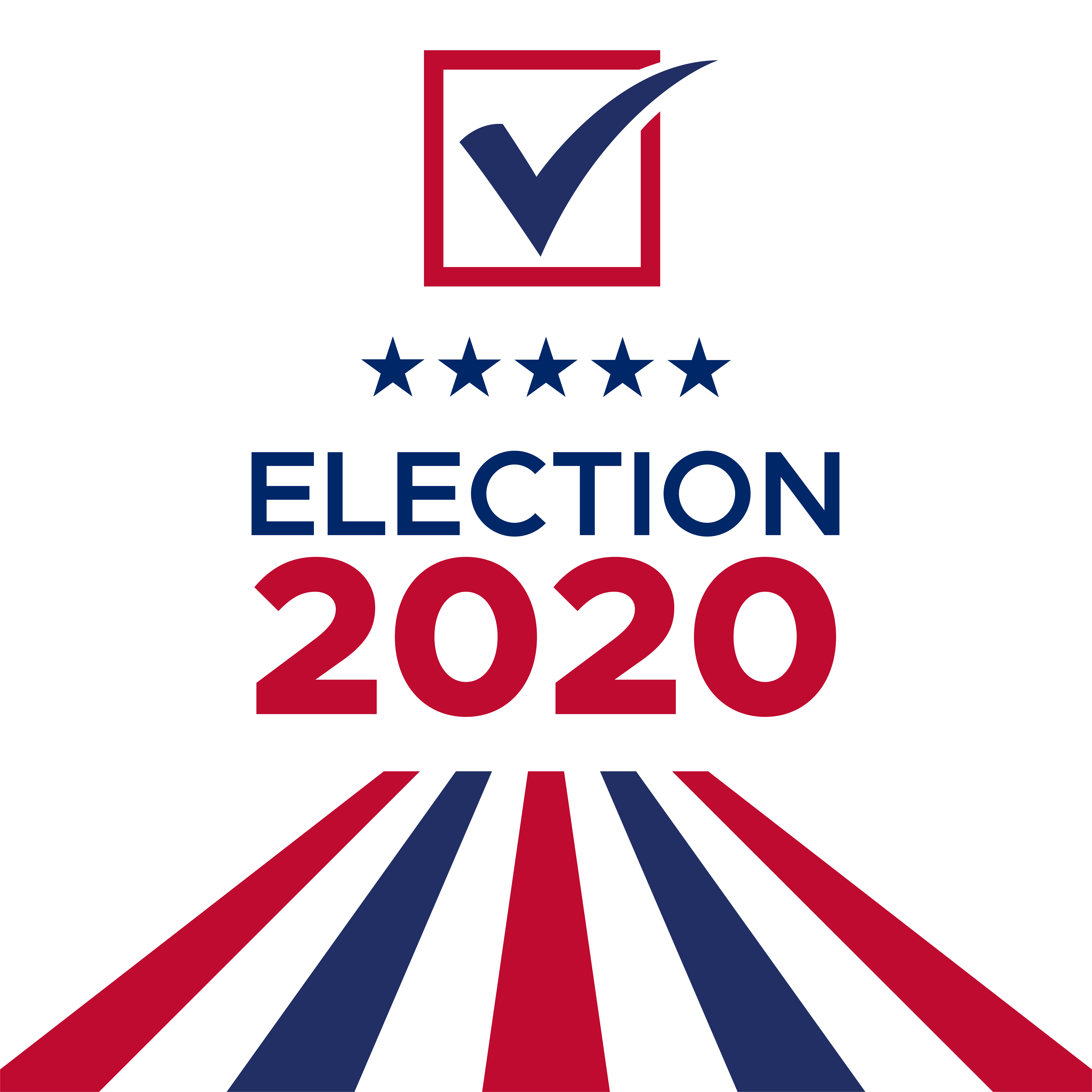 The coronavirus pandemic, looming economic crisis, racial inequity, and recent supreme court nomination set the stage for the 2020 election. Now that Biden has been announced as the 46th president of the United States, the senate majority is in the hands of a run-off election in Georgia, and the Democrats have narrowly held on to their house majority, what's next?

The Democrats narrowly held on to their majority in the House of Representatives. With 218 seats needed for control, the Democrats flipped three while the republicans flipped eight. In the Senate, the majority will be decided by the run-off election in Georgia. As of now, the parties remain gridlocked 48-48.

With the Democrats controlling Congress and the White House, there are multiple policy implications moving forward.

First, the existence of the filibuster will be called into question. There are two possible ways for the Democrats to effectively eliminate the filibuster. The first is arguably the least likely and most difficult to accomplish: a formal change to the text of Senate Rule 22. Rule 22 is the cloture rule which requires 60 senators (a supermajority) to end debate on legislation. In order to change Rule 22, voting on a resolution to change the Senate's standing rules would require a two-thirds majority (Reynolds 2020). Given that the Democrats would only barely hold a "majority" and would not be close enough to two-thirds, this is the most unlikely option.

The more likely, albeit more complicated, way to end the filibuster would be to create a new Senate precedent. Precedents exist alongside the formal rules in order to provide guidance as to how and when certain rules can and should be applied. This would be a "reform by ruling", which in certain circumstances can be passed with a simple majority (Reynolds 2020).

The next possible policy change Congress and the White House could enact would be the addition of states to the Union. With a Democratic White House and Congress, the addition of Washington DC as a state is more likely. DC statehood would give the Democrats a permanent advantage in the Senate moving forward. Washington DC, if admitted, will be a majority Democratic state, giving the Democrats two more Senate seats (Roberts and Beger 2020). Adding two more, most likely Democratic, seats to the Senate would be a disruption to the balance of power and would put the Republicans at a slight disadvantage.

However, in order to admit a new state, a two-thirds majority is required. Unless multiple Republican Senators voted in favor of statehood, it is unlikely that DC will become a state with this Senate.

The same goes for Puerto Rico, where 52% of residents voted in favor of statehood (Curujo 2020). If Puerto Rico were admitted, it would also most likely add another two Democratic seats to the Senate. However, this would still require a two-thirds majority, which is unlikely as it would disrupt the balance of power in the Senate to favor the Democrats.

After the appointment, and subsequent confirmation of Amy Coney Barrett to the Supreme Court, the court is a 6-3 conservative majority. As such, there is the possibility that with Democratic control over both Congress and the White House, the Biden Administration could "pack the courts".

Nowhere in the constitution does it specify the number of Justices on the Supreme Court. Throughout US history there have been as few as five justices and as many as 10. The court has been nine justices since 1869. If the court was to be expanded, the democrats would likely add either two or four seats in order to keep it at an odd number of judges. The argument for expanding it by four seats, to a total of 13, is that there are 13 appellate courts, so the court could be expanded to match that number.

Aside from packing the courts, the Democrats have two other options for depoliticizing the courts. The first would be to create term limits for justices; however, this would require a constitutional amendment and bipartisan support (Liptak 2020).The other, more likely option, would be to reverse Mitch McConnel's change to the Senate rules in 2017 which changed the number of Senators needed to confirm a nominee from a supermajority (60 votes) to a simple majority (51 votes). McConnell made this change in 2017 after Democrats threatened to block Neil Gorsuch from being confirmed (Hancock 2020).

However, each of these three possible moves could have consequences for the Democrats. If an attempt to pack the courts fails, then the Democrats will most likely lose significant, and much needed, support. Even if an attempt to pack the courts succeeds, it will most likely further polarize the Republican party and their supporters, thus making bipartisan support for important economic relief, healthcare policy, and any other legislation the Biden Administration tries to get passed more difficult. If term limits for justices are created, as an attempt to depoliticize the courts, it could backfire. Putting term limits on justices would give candidates who will hold office when justices' terms expire the ability to pack the courts in their party's favor. Although this would prevent one single candidate from getting to make three appointments in one term, as Trump did, it would still risk the court swinging from liberal leaning to conservative leaning and back again. This pendulum effect would risk decisions getting overturned and then reinstated, thus putting the rights of American citizens at risk. However, some could argue that a conservative president getting to appoint three conservative justices to the court also jeopardizes the rights of some Americans. The main consequence of requiring a supermajority to confirm a nominee is that it would most definitely require bipartisan support which would be difficult. However, it would also lead to more politically neutral appointments if both sides were forced to agree. Thus the third option, reversing McConnell's 2017 change to the rules would be the most effective way to depoliticize the courts without risking too much political backlash.

After the news of two successful vaccines broke, there is now a foreseeable "end" to the pandemic insight. However, that will not be until later in 2021. Until the majority of the population is vaccinated, the Biden administration will still be tasked with containing the spread of the virus and managing the economy at the same time. The Biden COVID-19 plan consists of a much stronger federal response to the pandemic than the Trump administration. The Biden plan, while still being drafted by his team of medical professionals, is most likely to consist of some national restrictions, a large increase in testing, increased production and distribution of personal protective equipment (PPE), and a plan for the production and distribution of vaccines (McKay and Rockoff 2020).

According to public health experts, a coordinated, national response has the ability to greatly halt the spread and damage of the pandemic. A federal response has been the cornerstone of pandemic preparedness plans written by both democratic and republican administrations (Meyer 2018).

Even though many Americans fear that a Biden Administration will impose a national, blanket lockdown, and will do further damage to the economy, this is mostly untrue. Even if a national lockdown were put in place, the evidence suggests that this would help the economy rather than hurt it. By stopping, or greatly slowing, the spread of the virus, the economy can open more so than if there is no lockdown and it remains in the half state it is in now (McKay and Rockoff 2020). This has been the experience of many Asian countries which have been able to reopen their economies to a much greater extent than America.

President-Elect Biden has come out against the kind of blanket lockdowns put into place in many states this past spring. However, in order for the economy to recover, the pandemic must be under control. From the economic side, Biden would do three things to subdue the pandemic. First, he would use all federal authorities, including the Defense Production Act, to develop testing capacity, contact tracing, personal protective equipment manufacturing, and vaccine production and transportation. Secondly, he would expedite aid to businesses that committed to keeping their employees on the payroll, support legislation in Congress that includes a $377 billion dollar economic relief package for small businesses, and regulate large corporations. Third, he would bring Congress together to build and pass a new recovery deal.

This deal would do more than just provide additional checks to families if needed. It would forgive at least $10,000 per person in federal student loans, increase social security checks by $200 a month, provide emergency paid sick leave, and remove out-of-pocket expenses for Covid testing, treatment, and vaccines.

Read the full summary of the economic plan here

Aside from the immediate action needed to curb the damage done by the pandemic. Biden's tax plan would not raise taxes on anyone making less than 400K a year, and he will raise taxes on corporations to 28% and raise the top individual income tax bracket back to 39.6%. His tax plan would also expand the Child Tax Credit  for the remaining time of the economic crisis, as proposed in the HEROES Act. This would provide thousands of dollars in tax relief to working, middle-class families. The CTC will be increased to $3,000 per child ages 6-17 and $3,600 per child under six years of age. The CTC would also become fully refundable to ensure quicker access to resources for families in need. As part of his long term strategy to ease the economic burden on middle-class and working families, Biden would offer specific tax cuts for major expenses including: tax credits for health insurance, tax credits for child care, tax credits for caring for aging family members, and tax credits to help families buy their homes and begin to accrue wealth.

If the Democrats are able to win both seats in Georgia, then they will control the White House and Congress. As such, the Democrats will be more able to pass and enact their legislative goals. However, this does not mean that the courts will be packed or that taxes will be raised on the entirety of the United States' population.

If the Democrats gain the two Senate seats in Georgia, then the Senate will be split 50-50, with Vice President Harris acting as the tie-breaking vote. There is a chance this could mean that Washington D.C would be admitted as the 51st state in the Union, and it is also possible, but unlikely, that Puerto Rico would also be admitted.

Given that it would most likely alienate voters from the party, the Democrats are unlikely to try to pack the Supreme Court. Rather, they will most likely reverse Mitch McConnell's 2017 change to the Senate rules by requiring a supermajority to confirm a nominee to the court. There is also the possibility of creating term-limits for justices, but that would be unlikely to gain majority support.

Under the Biden administration, it is unlikely that a national lockdown would be put in place. However, new national restrictions and guidelines will most likely be put in place, along with Biden exercising his executive powers to increase testing capacity as well as production of PPE and the eventual vaccine.

While Biden has stated he will undue Trump's 2017 tax cut, he will not increase taxes on anyone who makes less than $400,000 a year. Instead he will increase tax benefits and credits for the middle class, along with working with Congress to pass legislation to aid in economic recovery and support families impacted by the pandemic.

As Biden continues to announce his cabinet nominations, it will be increasingly clear if his administration will be a return to Obama-era policies or a more progressive, left-leaning administration.

Corujo, Cristina. “Puerto Rico Votes in Favor of Statehood. But What Does It Mean for the Island?” ABC News, ABC News Network, 8 Nov. 2020, www.abcnews.go.com/US/puerto-rico-votes-favor-statehood-island/story?id=74055630.

Reynolds, Molly E. “What Is the Senate Filibuster, and What Would It Take to Eliminate It?” Brookings, Brookings, 21 Oct. 2020, www.brookings.edu/policy2020/votervital/what-is-the-senate-filibuster-and-what-would-it-take-to-eliminate-it/.