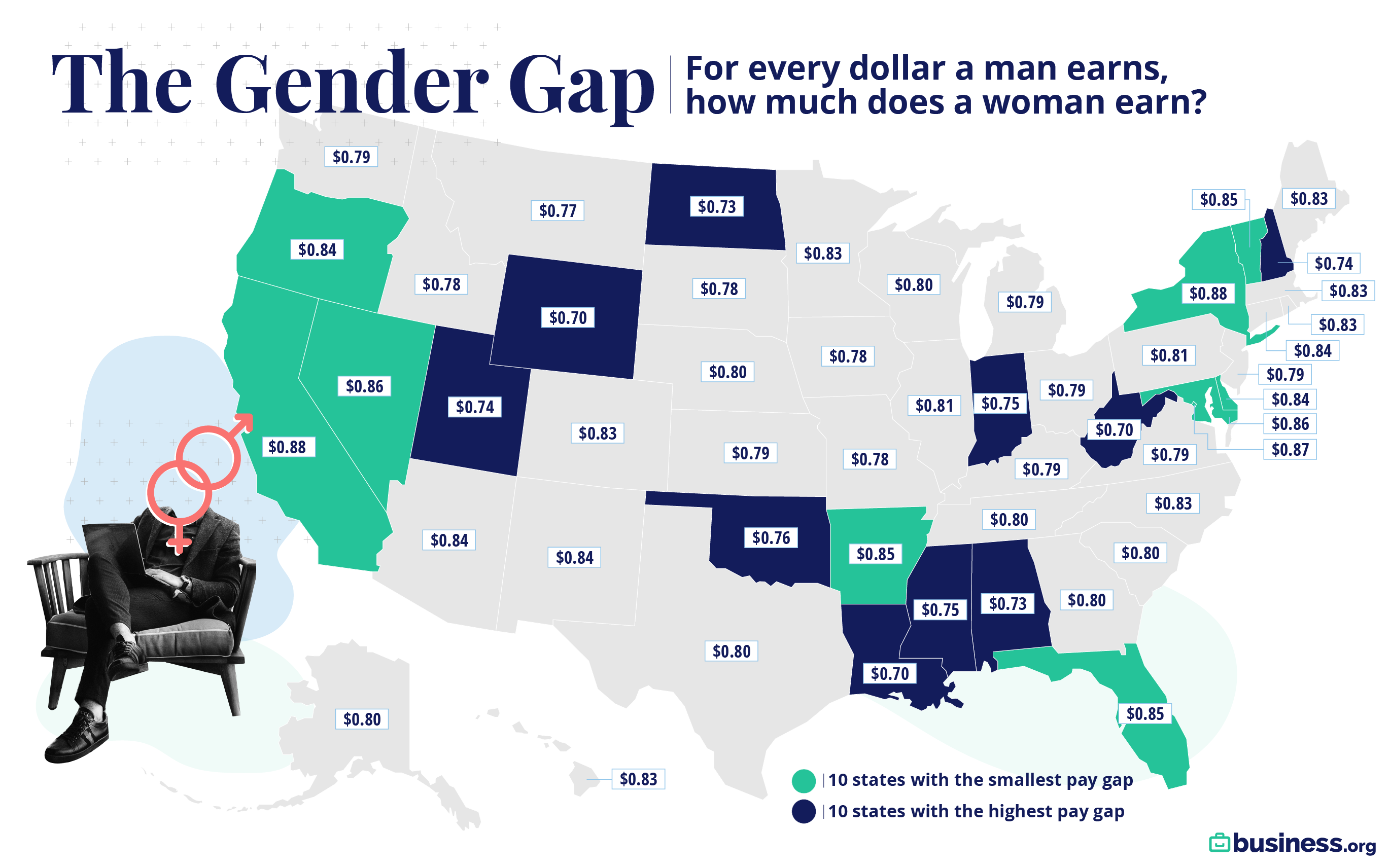 As of 2020, women earn about $0.81 for every dollar a man earns. However, there is a difference between a disparity in wages and a wage gap rooted in sexism, which is what many people claim exists. There is no doubt a disparity in income, but attributing this solely to gender would be false.

The $0.81 statistic is the raw pay gap, taken from the median salary of men and women. This does not take into account many other factors that play a role in salary.

On top of that, the level of experience also affects the pay disparity between men and women. Women are significantly more likely to leave the workforce (temporarily or permanently) for caregiving, motherhood and other unpaid obligations, giving them less work experience. This also affects how often one works, as the ratio of employed women who work full time to part time 75:25, whereas the ratio for men is 88:12. Hourly, employed men work about 52 minutes more than employed women on the days that they do work (including paid work only).

After taking these factors out of the equation, the pay gap lessens to women earning $0.98 per dollar a man makes. This is the uncontrolled pay gap, and it keeps job title, years of experience, industry, location and other compensable factors constant. However, even this does not take into account factors that cannot be measured.

Journalist and author Joanne Lipman said, “The biggest surprise for me when I became a manager was how many men asked for a raise, a promotion or a bigger office. It came as a shock because I didn’t ask for those things myself. Neither did the women I supervised.”

The only well known study concluding that women and men ask and negotiate equally is an Australian study that uses vague survey questions asking if “you have attempted to attain a better wage.” However, even this study found that 74.5 percent of men have asked for a pay raise compared to 66 percent of women, and the same pattern exists for negotiating pay and asking for promotions. The study only concludes that men and women ask equally after weaving in inconstant factors, such as marriage, age, experience, etc., which skewed the data.

This is not to say there is not sexism in the workplace or individual cases of pay disparities attributed solely to gender. There are instances where a woman is offered less money than a man for the same job. However, this has been illegal since 1963 because of the Equal Pay Act. Obviously it still happens, but if it is happening, you can take legal action. We should stop spewing the $0.81 to a dollar statistic, which gives a false idea of how the pay gap actually works and solves nothing. Instead, we should work to address and fix sexism in the work industry and support women in the workplace, which will ultimately lessen the gender pay disparity.