The Struggle to Exist: Anti-Transgender Sentiment in Latin America 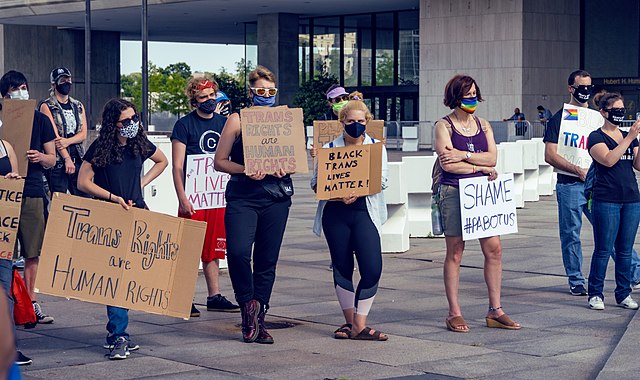 The Struggle to Exist: Anti-Transgender Sentiment in Latin America

While transgender individuals fear hate crimes and attacks, they also are faced with unstable housing and job security. It is a commonality for transgender women to be ostracized by their family and friends after they come out. This is mainly due to the societal norms present in Latin American societies and the strong heritage of Christianity, by which men and women were and still are defined based on our genitals. Due to this ideology, transgender individuals are left to fend for themselves, which has a deep effect on the Latin American transgender community: about 70% of the trans community are kicked out of their home, and 90% live under the poverty line.

Under these dreadful circumstances, according to transgender advocacy organization REDLACTRANS, “about a quarter of trans women finish secondary school, and one in five never finish primary school in Latin America.” With a lack of education and desperation for income, the trans community of Latin America are eager to work. With extreme discrimination, however, they are left with two job prospects: prostitution or hairdressing. Unfortunately, many trans women end up resorting to prostitution due to the necessity of quick money and the low employment rate in hairdressing. This has a direct correlation to the transmission of HIV as unprotected sex is typically practiced in this line of work.

Due to insufficient sex education in Latin America, HIV has been a widespread problem, particularly for transgender individuals. As many trans women are sex workers and lack access to safe and healthy sex, they are extremely vulnerable to contracting HIV. In fact, “HIV prevalence among trans women is 49 times higher than among the general population.” Even though there exist medications and therapy for HIV-positive people, transgender individuals often do not have access to accepting doctors or quality healthcare services. With healthcare access being extremely limited, as well as the dangers of prostitution, there is an even greater risk of contracting COVID-19. Not only does this put others at risk of spreading HIV, but many transgender individuals with compromised immune systems due to HIV are exposed to the heightened risk of COVID-19 becoming fatal. In Latin America, the stigma and discrimination of LGBTQ+ people must end, achievable by healthcare, in order to halt the spread of life-threatening illnesses. The injustices that the transgender community faces are dire, and these discriminatory practices must be eradicated for a healthy and thriving Latin America.

Across Latin America, legislation has been put into place in order to suppress transgender individuals. At the beginning of the COVID-19 pandemic, many Latin American countries established new rules that would allow women to leave their homes one day, and men were permitted to leave their homes the next. At first glance, the regulation appeared as an  attempt to decrease crowds and possible virus transmission, but its restrictive nature was unfortunately  intended to discriminate against transgender individuals as well. Transgender women would get stopped by the police, kicked out of stores and markets, and even attacked. Shortly after, the enforcement of this rule halted, but began to pick up again as COVID-19 rates rose. Although anti-transgender laws and discrimination are still prevalent across Latin America, many countries are working to progress and integrate trans individuals into society. Argentina, for instance, just created a legislation that would provide businesses with large tax breaks if they hired transgender individuals. This is a great step in the right direction that could possibly inspire and urge other countries to be more inclusive of transgender people in the workplace.

Society in Latin America has failed the transgender community in a variety of ways, including health care, legislation, housing, job secruity, and coronavirus relief and assistance. At present, Latin America has the highest murder and death rate of trasngender individulas in the world. Countries within the region also lack the enforcement of laws that protect trasngender individuals from discrimination from public service workers such as teachers, police officers, and health care providers. Even though this community is facing many struggles in Latin America, progress is being made as LGBTQ+ rights are increasingly brought to the attention of lawmakers and politicians. Awareness of the struggle transgender individuals experience in Latin American countries is essential. Moreover, we — as a society — must stay vocal and stand in solidarity with the trans community to properly hold the countries in question accountable. The transgender community deserves the respect and dignity that most people receive automatically and take for granted.