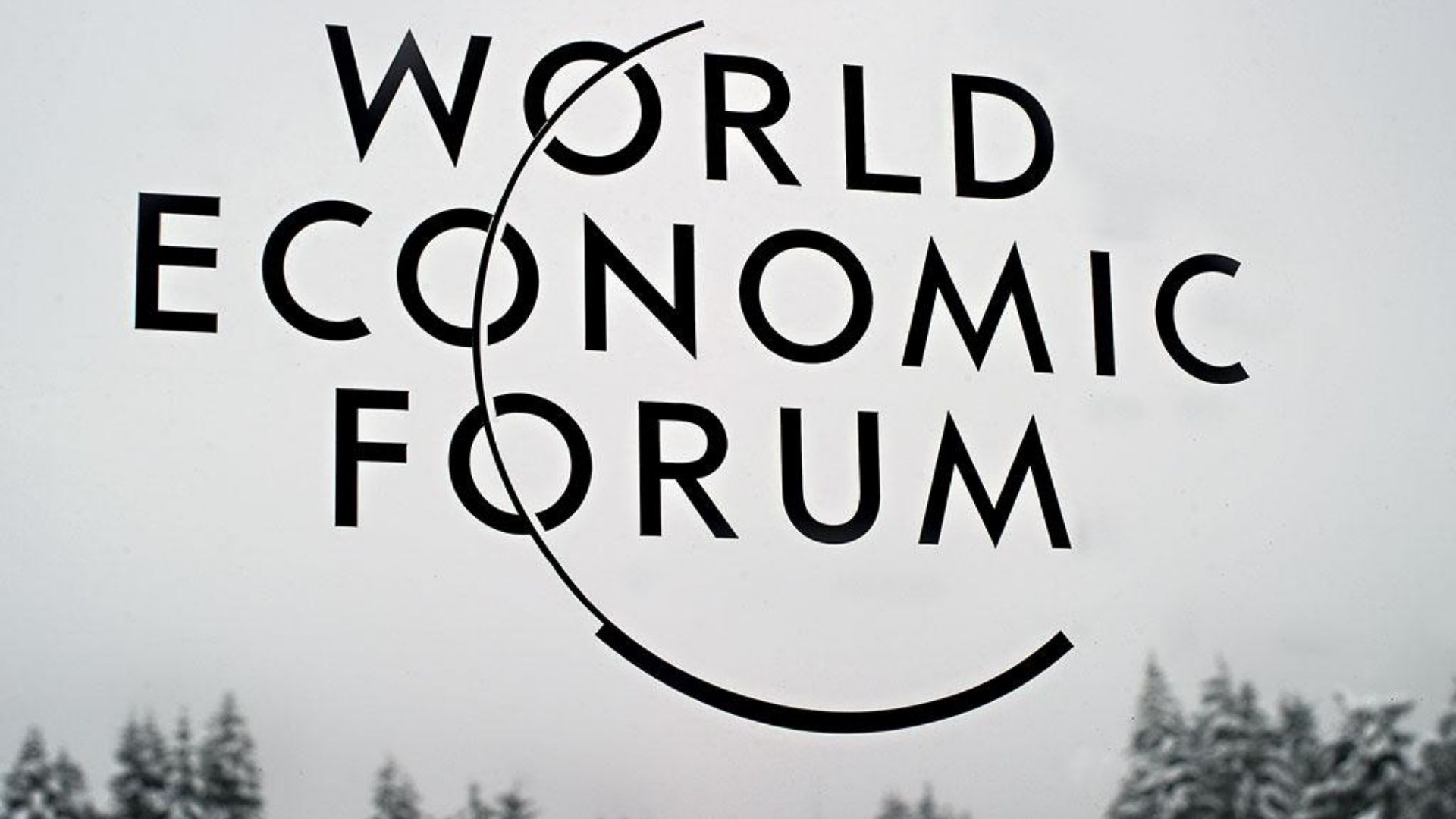 Agents and institutions under capitalism act on profit, capital prompts action and revenue guides activity – this is coined as the “Theory of Incentives.” For better or worse, the theory of incentives has transformed humble developing countries into consuming giants while lifting immigrants to the top of the socioeconomic ladder. This has created revolutionizing results for how the world operates. However, while the economy may appreciate the labor and innovation of individual agents, the theory of incentives has also blurred the moral visions of humanity in pursuit of clout and societal dominance, questioning the existence of “good will.” A key developing testament to this idea is the global network of arms trade.

Predominantly dominated by American giants, the arms market is a highly volatile but profitable industry. As a result of profitability and high levels of demand, the arms industry has grown at an exponential rate over the past few decades (Sipri, 2020). A key documentation of this notion is the case of EDGE, an arms company based in the United Arab Emirates (UAE). After its creation just back in 2019, it is ranked as the 22nd largest arms manufacturer in the world as a result of high demand and subsidies from the UAE administration. High levels of demand and growth in the arms industry is primarily attributable to the fact that demand for arms is inevitable. For states, arms mean power and survival.

Logically, in an everlasting high demand with limited aggregate supply, returns on investments and profit is almost guaranteed, and when returns on investments are guaranteed, banks and investment firms are drawn. Banks like Lloyd Bank and UniCredit have provided financing and investments to arms manufacturers totaling €4.1 billion each (Facing Finance). In hopes to satisfy these investments while expanding profit margins, arms companies develop stronger and more powerful weapons and sell to the highest bidders; but as Wall Street tops and corporate executives enjoy their profit, on the other side of the world, their customers are leveraging their products as a method of oppression.

Commonly, these bidders are authoritarian regimes or controversial administrations that leverage arms to violate humanitarian laws. For instance, Saudi Arabia and UAE, one of the greatest consumers of American arms, have been known to leverage American arms to enforce and bolster authoritarian narratives while also committing humanitarian crimes in Yemen (Riedel, 2021). This raises an imperative concern as one of the most profitable businesses in America are explicitly leading and contributing to humanitarian crisis and instability. Given current trends, as long as banks and American firms enjoy profit and capital, this business will continue. As a result, the policies that are put in place regarding arms investments and trade need to be examined. Accordingly, the distribution of responsibility under current policies needs to be closely examined and reevaluated as well. Moreover, the limitations of current policies need to be revealed and new policies must be recommended and passed to fill these limitations.

Domestic Demand. As analyzed earlier, demand for arms is both high and everlasting. This is because arms play the most integral and basic role in preserving a state from both domestic and international threats. Furthermore, states that are stable, the “First World” countries of the status quo, demand arms for diplomatic and military dominance. This has created what is coined as the “The New Arms Race” (Rajagopalan, 21). Defense spending and arsenal building of one country will simply prompt its opponents to do the same. To distinguish the current arms race from the Cold War, Rajewsari Pillai Rajagopalan primarily examines the case of innovation and military R&D (arms research and development) in relevance to an arms race. She finds that the U.S. fiscal budgetary spending for the development of hypersonic missiles has been exponentially rising to counter the rate of China and Russia’s development. She notes that while the Trump administration hiked the budget for hypersonic missile development up to $3.2 billion, the Biden administration increased the budget even more to around $3.8 billion.

Additionally, more literature exists that examines motives of increased aggregate defense spending (Macias, 2021). Amanda Macias analyzes the rhetoric of the U.S. Department of Defense in relation to its increased defense budget. She finds that from fiscal year 2021, the Pentagon has requested a 2% increase in the defense budget, from $705 to $715 billion. To analyze the rationale for this increase, Deputy Secretary of Defense Kathleen Hicks notes, “The department in this budget takes a clear-eyed approach to Beijing and provides the investments to prioritize China as our pacing challenge.” Macias also notes that defense spending is heavily relied on the spending of others, that demand for arms is based on global competition. To directly relate this increase in defense spending to the overall aggregate demand for arms in the status quo, Johannes Blum examines the numerical relationship between national defense spending and the actual sales of weapons by the nation’s greatest arms companies. Blum finds that when defense spending increases by 1%, the actual sales of arms increases by 1.2% (Blum, 2019). This is imperative to note because given trends for the last few decades, demand and sales of arms have never decreased. This fortifies the narrative that the demand for arms is both high and everlasting.

International Demand. Given the quality and superiority of American arms, demand for American arms by its allies are also high and everlasting. This is because American allies are at constant threat that jeopardizes their sovereignty. A fundamental testament to this notion is the Middle East. According to a congressional research project, there are a few principle reasons that prompt high demand for American arms in the Middle East. Allies like Israel and Saudi Arabia are virtually surrounded by political and military foes that prompt a stronger military (Thomas et. al 20). They also acknowledge that certain countries demand arms for political legitimacy, to build domestic confidence and international credibility. Simply, arms in the Middle East are a way of governance.

For better or worse, the Middle East is an extremely important component in the U.S. arms industry. Accordingly, the U.S. supplies more than 45% of arm imports to the Middle East, far outpacing competitors like France and Russia. In addition, another integral customer for American arms manufacturers is South Korea, who demand an extremely high amount of weapons due to its northern counterpart (Shim, 2019). Shim accentuates that South Korea is the 4th largest importer of American arms totaling more than $6.28 billion. To outpace its northern neighbor, South Korea has purchased more than 40 F-35 jets from the U.S. arms giants Lockheed Martin, while also placing a high emphasis on nuclear defense that resulted in heavy amounts of imports from Northrop Grumman, Boeing, and Raytheon (U.S. International Trade Administration). Simply put, the current existing literature commonly suggests that America’s military technology and superiority attracts high levels of demand from a diverse range of customers.

UAE. The UAE has recently been accused of leveraging American arms to commit crimes against humanity. The Human Rights Watch (HRW) reveals that the U.S. has sold F-35 fighter jets, unmanned aerial vehicles, and rockets. However, they also report that the UAE is responsible for conducting unlawful airstrikes in Yemen (HRW, 2020). In fact, the United Nations in 2020 recognized the UAE and its administration as the main actors of the instability and violence in Yemen. Disturbingly, the HRW reports that American weapons have been explicitly used in these crimes. For instance, a multi-terrain vehicle manufactured in Texas by Oshkosh Defense, LLC was transferred to a UAE’s abusive local force in Yemen. Similarly, the UAE has transferred other forms of weapons to third party forces that repeatedly violate humanitarian law and are the primary actors of instability in Yemen. Under these circumstances, current literature suggests that the U.S. is continuing to build military trade relationships with the UAE despite the EU placing an embargo on military trade relations with the UAE due to Yemen concerns.

Saudi Arabia. Just like the UAE, Saudi Arabia has been a major actor in the Yemen crisis. As Saudi Arabia is the greatest importer of American arms, its actions and intentions play a vital role and are representative of how American arms are being used around the world. Out of a diverse range of literature in the area of Saudi Arabia and U.S. arms trade, Julian Borger offers a comprehensive report. He writes that the State Department’s initiative with Saudi Arabia–U.S. arms trade is to fortify stability and bolster defensive operations against Iran in the Middle East, but often, dreams are different from reality (Borger 20). Borger further develops that Saudi Arabia has had a heavy presence in Yemen and is one of the root causes that perpetuates and causes the cycle of instability. He specifically quotes William Hartung, director of the arms and security program at Centre of International Policy, “Selling more bombs to Saudi Arabia given its history of indiscriminate air strikes that have killed thousands of civilians in Yemen should be a non-starter.” When the promise was fortifying defensive operations, U.S. arms are being used in offensive operations in Saudi Arabia.

These events suggest that there are current holes in policies that dictate arms trade. Unless the U.S. openly accepts violations of humanitarian law, the case of UAE and Saudi Arabia implies that there are either (1) No policies that guide arms trade or (2) Significant limitations to current policies in operation. This is what this research seeks to unveil. If the problem is analyzed, the appropriate prescription policy can be found.

The arms market is a very profitable market, while profit is almost guaranteed. This

primarily stems from the reality that arms are a necessity for states. As analyzed earlier, arms serve a multidimensional purpose: physical defense, diplomatic clout, domestic confidence, international credibility, and a source for competition. As a result, high guaranteed profit attracts investors, primarily banks and investment firms. The primary literature in this area is Küchenmeister et. al 19, which examined the magnitude, role, and impacts of banks in the arms market. They find that despite moral risks, top Western banks provide financing and investing to military contractors that export to states known for human rights violations (Küchenmeister et. al, 2019). For instance, banks such as Lloyds Bank and UniCredit have provided financing in the forms of loans and bond issuances worth around $4.85 billion. Similarly, Credit Agricole provided financing worth around $1.42 billion for Lockheed Martin, a manufacturer known to export to controversial states, and this is only considering financing not investing.

As the researchers lament, the reason why banks take moral risks to invest in and finance arms contractors is to capture profit. Banks realize that financially, investing in the arms market is a low risk high reward investment, which ultimately prompts high levels of financing and investments.

As banks and financial institutions play an integral role on the balance sheet of defense contractors, policies regarding the ethicality of banks’ involvement in arms companies are going to be evaluated. In respect to the research commitment of evaluating and recommending policies in relevance to arms companies trading with controversial states, the assessment of finances of arms companies may be a crucial opportunity to reveal holes in current policies and construct new ones.

The American economy is predicated upon the assumption that all individuals would contribute to the economy in exchange for capital. Although this idea has proven wonders for many constituents, problems with morality as shown in the arms industry remains. While the arms industry and the banking industry provide fundamental services and security for individual Americans, the actions of these institutions behind the vision of Americans must be recognized and evaluated.