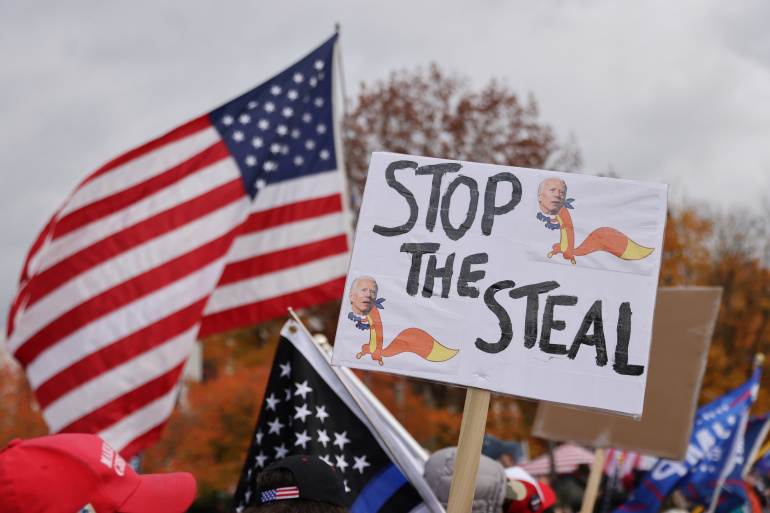 In wake of President Donald Trump’s projected 2020 election loss, the claim has arisen that election fraud was committed in key swing states, and in some cases, key swing counties. Here, I will analyze various arguments, compare them to court decisions, analyze legal arguments from the Trump Administration and analyze how the situation will look on election day. Before we begin, it is important to note that Trump does have the technical right to do everything he is currently doing. He has the right to contest analytical anomalies in court, so it is not my place to argue he does not. Instead, I will prioritize discussing how his arguments are going, analyzing evidence for and against, and finally, the administration’s rhetoric regarding the legitimacy of the election.

Note: Since writing this, two very important details have arisen, building the argument of how volatile the situation currently is. First is the position of Attorney General Barr, who argued that the Department of Justice “have not seen fraud on a scale that could have affected a different outcome in the election.” (Quote courtesy of AP News.) This is obviously a blow to Trump-loyal Republicans, given his position as an individual appointed by President Trump. Second comes on December 5, where Kellyanne Conway acknowledged that “If you look at the vote totals in the Electoral College tally, it looks like Joe Biden and Kamala Harris will prevail. I assume the electors will certify that and it will be official. We, as a nation, will move forward, because we always do." (Quote courtesy of Business Insider.) These represent acknowledgments from within his inner-circle and are without a doubt some of the worst-case scenarios for the President.

In order to determine if there was voter fraud, a few things must be determined. First off, it must be determined who are reliable sources. I will prioritize court rulings, legal experts and other individuals who are in positions of power to determine the legitimacy of the election. I will cite news articles, but in no way am I allowing the bias to change the facts that they report. For example, I will cite AP News, but only the facts that they gathered from court documents. This is in response to those who argue “the media does not determine the winner,” which is absolutely true. Instead, they report facts from the people who do. That being said, let’s analyze the legitimacy of the election.

As of December 5, there have been around 50 cases brought to court by the Trump Administration. AP News reports that 30 have been lost or retraced, around a dozen are pending, and only one has resulted in good news for the President. The win was in a Pennsylvania court that denied a motion to extend the deadline for voters to provide identification, meaning that some mail-in votes were thrown away. Other than that, the Trump campaign can claim no victories. This could technically change, but this is the one thing capable of being called a victory to date. As of now, the court rulings do not help the President. With the election now just under a month behind us, the track record of winning that President Trump once used as a persona seems to be crumbling.

Next, the opinions of legal experts, individuals who have dedicated their lives to the law, are valuable as well. While court rulings prove that the Trump campaign has so far been unsuccessful, the opinions of legal experts serve as an insight into the future. "There's no standard process for bringing election disputes to the Supreme Court. It's very unusual and it would have to involve a very significant issue,” says Columbia Law Professor Richard Briffault, courtesy of NBC News. When compared to James Baker, the attorney who led the Bush election result legal case, Briffault said, "This is like Bush v. Gore, but replace James Baker with the editor of a QAnon subreddit," courtesy of NBC News. This comparison is notable, given the effectiveness of Guliani will be what determines a win or loss. Legal experts are also useful as predictors of whether the election will end up in the hands of the Supreme Court, which many supporters of President Trump have clung to as a hail mary, last hope effort. The election falling into the hands of the Supreme Court worries some individuals who believe the election was legitimate, given the potential bias of the 6-3 conservative majority.

With the hopes of a win dwindling, there has been growing examples of infighting among the Republican Party. Congressman Dan Crenshaw acknowledged that once a number of court decisions are announced, Republicans must acknowledge it. “If Trump loses, he loses. It was never an impossible outcome and we must accept the final results when it is over.” (Courtesy of Congressman Crenshaw’s Twitter.) This caused accusations of disloyalty by more dedicated Trump supporters, like Marjorie Taylor Greene, who said, “Republicans can't back down," and that Crenshaw's "loser mindset is how the Democrats win." This is not the only case of infighting, though it is one of the most notable. Republicans are splitting regarding how to respond, given their decisions today can very well sway Republican and/or independent voters during future election cycles.

In conclusion, based on the court documents and opinions of legal experts, it is my opinion that the 2020 Presidential Election was fair, honest and accurate. The current track record of legal arguments is the most telling, given that even if the Supreme Court were to hypothetically hear the case, they would have to heavily weigh the precedents already set by lower courts. In order for the strongest democracy in the world to remain as such, to ensure that America remains a country that serves as an example for developing democracies to learn from and to ensure that the country remains the strongest in the world, President Trump should concede the election to President-Elect Biden, ensure a peaceful transfer of power and demonstrate the maturity needed to maintain our democracy.

Kahn, C. (2020, November 18). Half of Republicans say Biden won because of a 'rigged' election: Reuters/Ipsos poll. Retrieved December 06, 2020, from https://www.reuters.com/article/us-usa-election-poll/half-of-republicans-say-biden-won-because-of-a-rigged-election-reuters-ipsos-poll-idUSKBN27Y1AJ