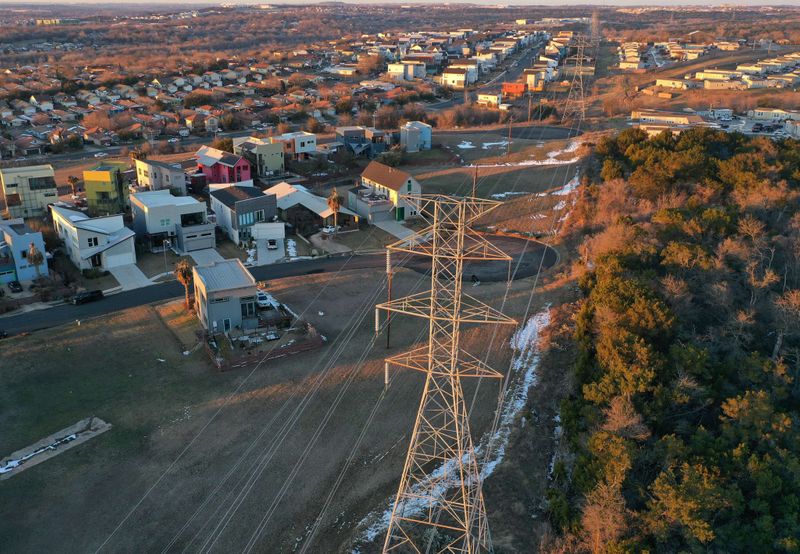 The ground is moist as I stand on my back porch now with the great Texan winter storm of 2021 gone. The weather is once again its balmy, subtropical self. After all this, one question arises: why did the Texan electrical grid fail us so miserably? The debate sparked conspiracy theories among Texans. Because I live in Austin, one of the most politically divided cities in our state, the variety was strong. Some claimed the power loss was because the wind turbines were frozen by the weather and halted the production of electricity. But, on the more extreme end, people exclaimed that Governor Greg Abbot was behind a eco-facist attack on minorities and the lower classes, and he wanted to deprive them of power and literally freeze them off the face of the Earth. Thankfully, most Texans recognized these theories as rhetoric nonsense to power a political or economic agenda. What Texans want to know is what really caused the extreme weather conditions that plagued our state this winter.

The first part of the process of deciphering what went wrong in Texas is finding out what went wrong for Texans that didn’t for others that lived through this disastrous winter storm. The main issue is that many Texans have lived in Texas their entire lives and have no real knowledge of how to survive a storm of this manner. One of the main killers behind this storm was not the weather itself but carbon monoxide poisoning. Many Texans lost power and, in desperation, used their propane and gas-powered stoves to keep warm, causing many families to get carbon monoxide poisoning. A Texan habit that contributed to this disaster was that the energy system that Texas uses is based on two letters that rule the southern vocabulary since its inventor by Willis Carrier: AC. Air Conditioning…really? Yes! Since electricity was made widely available in Texas, the little white box near the window has been controlling the way electricity is used and managed. Due to the fact that Texas has its own individual power grid and the entire grid is based on the use of AC, the winter storm totally flipped the system on its head and caused mass power outages. Another reason just how unprepared the Texans were was the total lack of knowledge on how to prepare for a storm. Unlike northerners, Texans bought as much as possible from stores. This proved to create giant lines in the cold for food and water, and not to mention the total and utter lack of water for sale in stores. The irony in all this is that a day later, after people began hoarding food, the snow melted and food shipments came rushing in. So in a nutshell, the people of Texas were completely unprepared for these events.

More importantly than how people reacted to the power outage, where did our power go? Despite the common myth that it's because the Texan wind turbines froze due to another type of non-touchable forms of energy, the main reason for the mass power outages was due to natural gas lines freezing. As the natural gas froze, the state began to lose massive amounts of power. Another reason Texas was greatly impacted by these power outages was what was bringing power to everyone’s house. The state of Texas has above-ground power lines and systems, but they were built for the subtropical Texan climate, so this storm changed everything. We were not dealing with the usual subtropical day but a natural disaster that ravaged the state. Trees all over Texas, due to high winds, accompanied the storm along with accumulated snow and ice that collapsed on power lines all across the state. This only added more to the horrible situation. So, it was an overall bad situation, but do you know what else hurts a state in natural disaster? Incompetent politicians.

The state of Texas now knows how to admit some of her faults. Personally I believe it is only right that I call out the politicians that have tarnished Texas and her glorious legacy and reputation. Firstly, Texas’ energy grid decided to start rolling blackouts to meet demands, and that sounds fine, but it only gets better. The blackouts were not rolling the wealthier parts of Texas with hospitals, grocery stores, and other necessities, but “less important” areas were left in the dark, literally. Not only did power go out but cell reception did too. Texans in remote areas that had emergencies and were in dangerous situations couldn’t call 911, family, or even neighbors to request help. Imagine freezing in your house, not being able to go anywhere or call a family member for comfort. The worst part is that Abbot quite literally lied about the cause of this emergency. Instead of openingly saying that natural gas caused many of these issues (which is true), he said that we need MORE natural gas. So, we already know somewhat who is to blame.

Now that we know what happened in Texas, what should we remember about this natural disaster? We must remember that politics should not divide us. This disaster united Texas after one of our most divisive presidential elections in American history. Also, our state survived under six different nations, including Spain, France, Mexico, the Confederacy, the Republic of Texas, and the United States. We must unite like we did 185 years ago during the Texas Revolution, and we must unite as one and be willing to no matter our differences.

Robinson Meyer, Texas Failed Because it Did Not Plan

Andrea Zilenski, What Went Wrong With Texas’ Electrical Grid and Could it Been Prevented?

Emily Chung, What caused the deadly power outages in Texas and how Canada’s grid compares