What's Going on at the Southern Border? 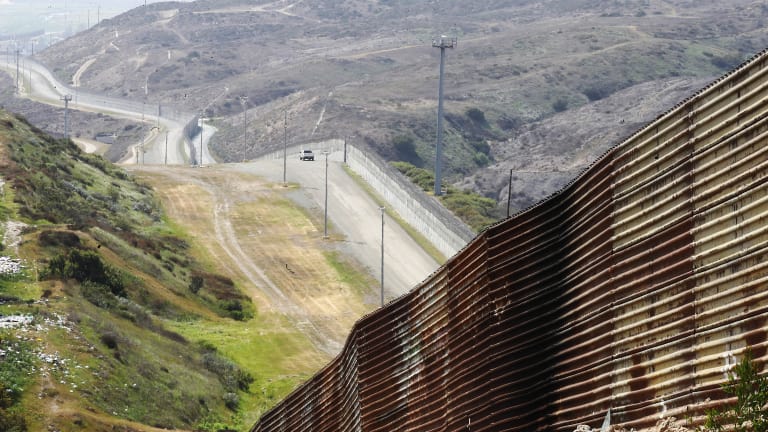 President Biden is starting to receive backlash for things he ran against President Trump for, such as overcrowded detention facilities and a developing crisis on the southern border. How the Biden administration handles one of their first crises could turn out to be one of its defining moments.

According to CNN, the president told migrants planning to make the journey, ”I can say quite clearly: don’t come... We're in the process of getting set up, don't leave your town or city or community." These statements were in response to Republicans claiming that Biden manufactured the crisis with his rhetoric during his campaign. In all, Biden has not said much about the border crisis, even refusing to call the situation a crisis. The weak rhetoric from the White House may lead more people to try to enter the United States.

Biden’s most urgent problems in this crisis arguably stem from his administration’s border policy. The president has reversed many of the former administration’s border policies, including the stay-in-Mexico policy, and put a moratorium on deportations. According to the National Public Radio, Chad Wolf, Trump's former acting Homeland Security Secretary, even warned the incoming Biden administration against removing the border policies because of the border surges they would cause. With many migrants no longer staying in Mexico, border facilities are overwhelmed. The removal of these policies played a significant role in the uncontrollable influx at the border.

With the massive number of immigrants flooding the border, border patrol is struggling to keep up. Many Republicans think Biden is not doing enough. According to Stars and Stripes, Governor Greg Abbott is deploying 500 national guard troops to the border. The governor stated,

“We will work to step up and try to fill the gap that the federal government is leaving open by making sure we deploy every resource, whether it be the Department of Public Safety or Texas National Guard, whatever we need to do. Texas is going to fight for the safety and security of our state.”

With the influx of migrants coming to Texas, border patrol is already unable to handle the situation at the border. As the situation worsens, Governor Abbott has stepped in to secure the borders of his state. We could see this type of action repeating itself in other border states like New Mexico and Arizona if they feel that the federal government is not providing enough assistance. This problem could become a lot more severe if the number of people flowing over the border remains unregulated. President Biden has not released any plans at this time that include increased border security or border patrol presence.

As we witness one of the largest border surges in history, immigration facilities on the southern border are overwhelmed. According to CBS, as many as 16,500 minors have been apprehended at the border since March 24. One of the problems that the Biden administration faces is the lack of space and housing facilities. The administration is lifting COVID restrictions to open up capacity, and the Pentagon is allowing the use of facilities and space at Lackland airforce base and Fort Bliss. The Pentagon is also evaluating Air Force base, Peterson, as a potential site to house more immigrants. So far, the Biden administration has been able to get 16,000 more available beds, and they hope to get more facilities up and running soon.

The surge across the border could have some long-lasting effects on our country. Gabrielle Fonrouge of the New York Post reports that cartels are making a fortune exploiting the border crisis. Hidalgo County Sheriff J.E. Guerra, who is at the forefront of the battle for border control, says that cartels are even splitting up families for profit. The Sheriff said, “Well, the cartels say, ‘You can cross with one child, we’re going to take two children. And we’re going to use those two children to smuggle two others and pretend that those are family units.’” Additionally, some drug runners pose as migrants by giving fake names and ages to sneak in as an unaccompanied minor. Governor Abbott of Texas, whose state takes up a large portion of the US-Mexico border, has berated President Biden for how he handled the situation, criticizing him for letting cartels flow into his state.

The crisis on the southern border will continue to be an ever-evolving defining issue for the Biden administration. As the "kids in cages" attacks on Trump come back to haunt Biden, the president will have to figure out a way to deal with the border that won’t contradict his campaign promises, but at the same time, keep Americans safe.