Where would JFK align politically today? 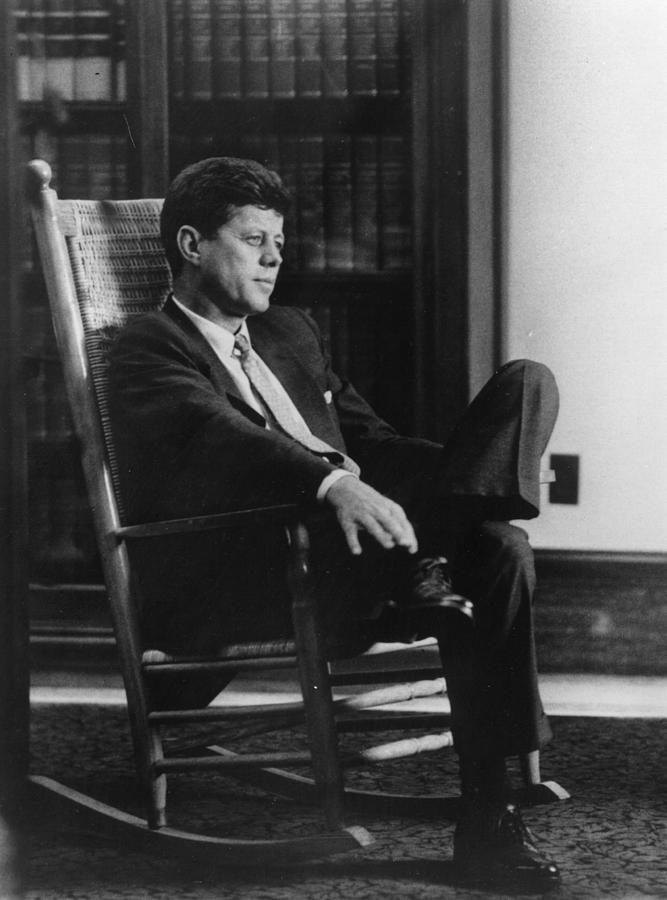 John F. Kennedy, the 35th President of the United States, was one of the most popular presidents in our nation's history. The charismatic, well-spoken politician from Massachusetts lived an extraordinary life. He began his political career in Congress from 1947-1960 and was a rising star in the political world. Kennedy was the youngest president to be elected when he defeated Richard Nixon in one of the closest elections in U.S. history.

Kennedy served in World War II from 1941–1945, in which he captained a torpedo boat. His time in the war heavily impacted and influenced his forein policy. Some of his greatest accomplishments as president include his management of the Cuban Missile Crisis, taking the economy out of recession with his reforms, and working toward civil rights for African Americans.

JFK was a once-in-a-lifetime leader and politician that took the nation by storm.  Without a doubt Kennedy changed the political climate of the United States and Democratic Party forever. However, would Kennedy be a Democrat in the political world today? This question arises when we examine Kennedy’s opinions and views on the economy, communism and the Second Amendment.

Kennedy on the Economy and Taxes

JFK had a view on the economy that would relate to the Republican Party more today than the Democratic Party. For instance, Kennedy proposed a tax cut designed to help spur economic growth. Kennedy also believed that tax cuts would help stimulate consumer demand, which in turn would lead to higher economic growth, lower unemployment and increased federal revenues. The Republican Party today favors and believes in tax cuts to help increase economic flow and growth, while the Democratic Party believes in higher taxes to help support the welfare state and other social programs. Therefore, Kennedy would fall closer to the Republican view on tax cuts more than the Democratic view today.

Kennedy was a firm believer that lower taxes stimulate economic growth. On Sept. 18, 1963, he stated, “A tax cut means higher family income and higher business profits and a balanced federal budget. Every taxpayer and his family will have more money left over after taxes for a new car, a new home, new conveniences, education and investment. Every businessman can keep a higher percentage of his profits in his cash register or put it to work expanding or improving his business, and as the national income grows, the federal government will ultimately end up with more revenues.”

In addition, JFK lowered the top income tax rate in 1962 from 91% to 65%. This action would be highly unpopular in today's Democratic party, as one of their main policies and beliefs are “taxing the rich” or “making the rich pay their fair share” in which the 1% of income earners are taxed heavily. For example, President-elect Joe Biden plans on raising tax rates on families with an income over $400,000 per year.

Therefore, this directly shows how Kennedy's actions and beliefs on the economy and taxes would not be accepted in the Democratic Party today.

Kennedy's presidency took place during the beginning of the Cold War, a turning point in our nation's history. A fighting point of the Cold War was the battle of philosophies of communism and democracy. JFK made sure the public was aware of the fact that he would be the last individual to support communism. During Kennedy’s inauguration speech, he outlined and proposed his plan of action for ceasing the spread of communism. He exclaimed that America would, "pay any price, bear any burden, meet any hardship, support any friend, oppose any foe to assure the survival and success of liberty.” Kennedy adopted the policy of containment, which sought to stop the spread of communism.

On June 26, 1963 Kennedy gave one of the most preeminent anti-communist addresses ever heard. Kennedy aimed to underline the support of the United States for West Germany during the Cold War. In front of almost half a million people, Kennedy declared this: “There are many people in the world who really don’t understand, or say they don’t, what is the great issue between the free world and the communist world. Let them come to Berlin … There are some who say that communism is the wave of the future. Let them come to Berlin … And there are even a few who say that it’s true that communism is an evil system, but it permits us to make economic progress. ...let them come to Berlin!”

Communism and socialism are very alike in many ways. Both seek to establish an equal society through distribution of resources. One of the only ways the ideologies differ is the way a leader rises to power. For the most part, under socialism, the leader is elected. On the other hand, in communism, the leader comes to power through force or a revolution. As communism and socialism rise in support and popularity in the U.S. political environment, it is mostly found on the far left and is supported by radical Democrats. Kennedy’s views, statements and actions toward communism directly show that he would not support Democratic politicians like Alexandria Ocasio-Cortez and Bernie Sanders, supporters of democratic socialism.

Kennedy’s Views on the Second Amendment

"The battle for American freedom was begun by the thousands of farmers and tradesmen who made up the Minutemen -- citizens who were ready to defend their liberty at a moment's notice. Today we need a nation of minutemen; citizens who are not only prepared to take up arms, but citizens who regard the preservation of freedom as a basic purpose of their daily life and who are willing to consciously work and sacrifice for that freedom. The cause of liberty, the cause of American, cannot succeed with any lesser effort." — John F. Kennedy

Kennedy was a supporter of firearms and the Second Amendment. According to the Washington Post, JFK was one of eight U.S. presidents to “have been lifetime members of the NRA.” He believed that the Second Amendment was important for protecting citizens against government tyranny.

Over the last 50 years, since President Kennedy was assassinated, the political environment of the United States has drastically changed. In a time in which the Republican Party is so divided and confused, it needs a leader like JFK more than ever. Republicans need someone to take the lead, someone determined, and someone that will make change after Donald Trump’s disastrous presidency.

On the other hand, the Democratic Party is coming off a historic and remarkable win in the White House. As Joe Biden becomes president, the Democrats must remain moderate like Kennedy was, and not too radical and risk losing everything they gained. John F. Kennedy had the abilities to take charge and become a leader when his party needed him to, but he was also able to stay modest to prevent a red wave.

Where Would Kennedy Fall?

Kennedy would be starstruck at today’s political environment. In our society, we can no longer engage in civil discourse without someone taking it to another level and making it personal. During Kennedy's time, people agreed to disagree and treated each other more than just what their political beliefs were. Kennedy supported the Second Amendment, was anti-communism and socialism, and supported tax cuts and low taxes. In contrast, Kennedy supported universal healthcare, which the Democratic Party currently supports. Therefore, I believe JFK would fall under an independent or a very moderate conservative due to how much the policies of the Democratic Party have changed over the last 50 years.