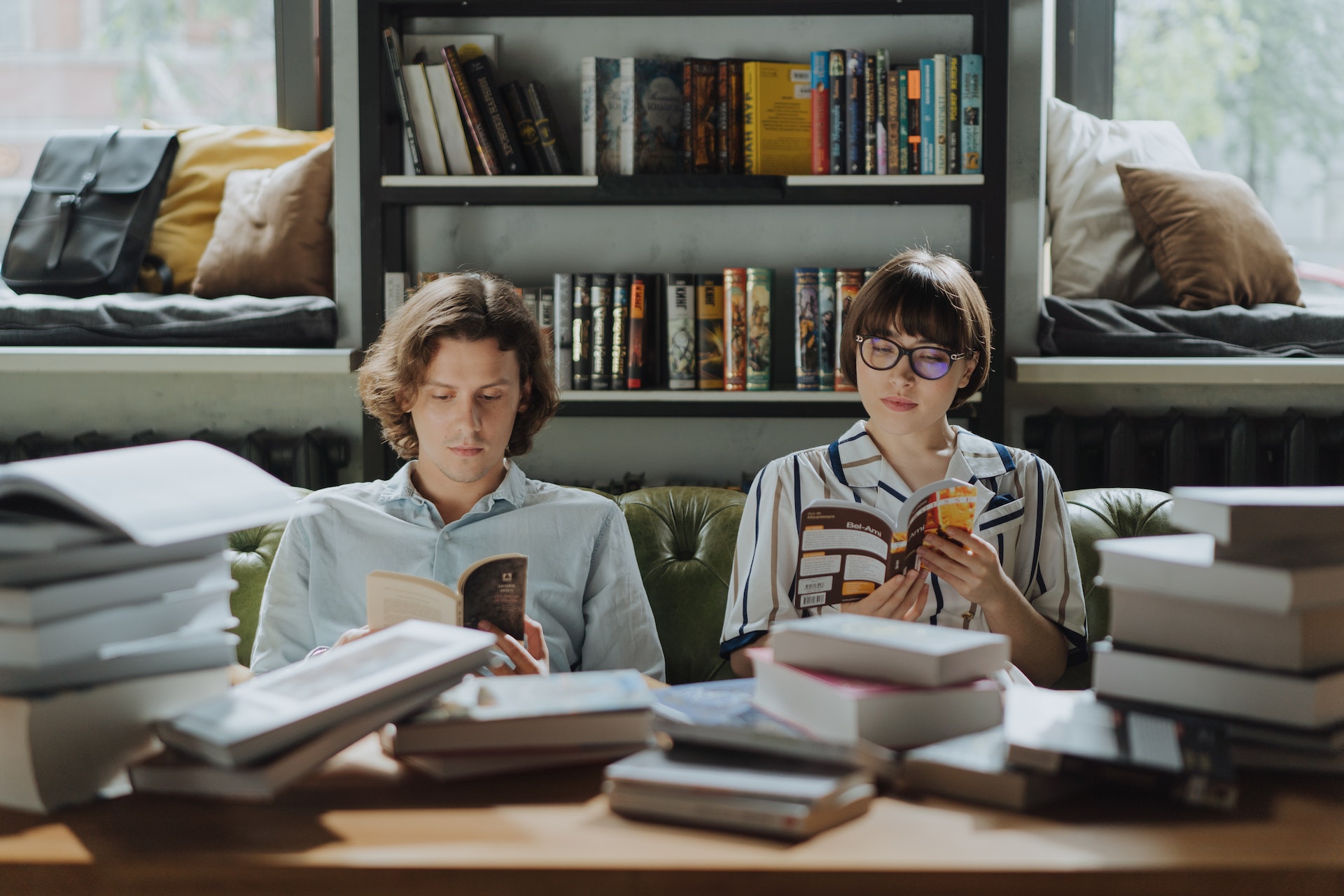 Starting with movements from religious leaders, the censorship of media has been debated for all of American history. Including discussions of race, gender, sexuality, and obscenity, the banning of books in the U.S. has continued in various school districts and libraries. The First Amendment’s right to free speech has attempted to combat the effects of censorship, specifically with books, but efforts to keep books with various values have prevailed.

Control is a comfort. Rules, restrictions, and guidelines escort tasks to be done and retain  order.  It is not uncommon for humans to seek consolation in our blinders, for many believe that what we cannot see will not affect us. Censorship is a term that has various definitions.

In the broadest sense, censorship is the suppression of information, ideas, or opinions. The effects of censorship are found in all kinds of communication, from digital to print. Arguments over the ethics of censorship have become more frequent over the last century.  Is it a breach of our rights or a safeguard for our well-being? In the United States, book banning has become a very widespread form of censorship.

For the purposes of this brief, book banning is defined as “a form of censorship that occurs when private individuals, government officials, or organizations remove books from libraries, school reading lists or bookstore shelves because they object to their content, ideas, or themes.”

The first book bans were spurred by religious leaders. By the time American colonies were founded, Great Britain had a long history of book censorship. The first known event of such in America is when The Meritorious Price of Our Redemption was published, a pamphlet arguing that anyone obedient to God and Christian teachings on Earth could get into heaven.

The pamphlet was abrasively against Puritan Calvinist beliefs, so much so that there was a widespread book burning. There are only four known copies of the pamphlet that still exist today. Probably the largest spike in the censorship of public books took place in the first half of the 19th century.

At the time, any books about the enslavement of people raised emotions. By the middle of the century, many states passed laws against any materials expressing anti-slavery sentiments. As one example, Harriet Beecher Stowe’s Uncle Tom’s Cabin was publicly burned and banned by slave owners. A free black minister, Sam Green, was sentenced to 10 years in prison for owning the book.

Later, the war against books took an enticing shift and rose to the federal level with the passage of the Comstock Act, a congressional law that made it illegal to possess “obscene” or “immoral” texts or articles or send them through the mail.

Anthony Comstock, the champion of this act, attested that the laws were created to ban content to do with sexuality and birth control. This led to the criminalization of the activities of birth control advocates, forcing popular pamphlets such as Family Limitation by Margaret Sager underground at a time when knowledge of contraception was scarce.

In Board of Education, Island Trees Union Free School District v Pico (1982), a constitutional appeal to a local school board's decision to remove certain books from the district's school libraries was heard by the Supreme Court. Students sued the school board after finding many books removed from the library, including works by acclaimed authors such as Richard Wright and Kurt Vonnegut.

The committee  described the books as “anti-American, anti-Christian, anti-Semitic, and just plain filthy.” The school board faced criticism after students argued for their First Amendment rights violations. In the end, the Supreme Court ruled 5-4 and decided that public schools can ban books that are overtly vulgar or inappropriate for the curriculum, but not books simply because they disagree with the literature’s ideas.

In the years following this case and its aftermath, book bans have taken on a new level. From July 2021 to June 2022, PEN America’s Index of School Book Bans lists 2,532 occurrences of individual books being banned, including 1,648 unique titles. These books were the works of 1,261 different authors, 290 illustrators, and 18 translators, culminating to the creative work of 1,569 different people altogether.

The legal history of banned books is brief. For many years, the First Amendment served as a blanket argument in opposition of censorship. Yet, in recent decades, many have attempted to poke holes in the blanket, pulling on loose constitutional threads. While the First Amendment seems simple, after decades of judicial interpretation, it has come to mean much more.

Evolving past the basic protection of the right to speak, Free Speech now stands as a protection for the dissemination and reception of information in any form it may take. An evolution that has transpired due to various courts having unanimously agreed that access to information precedes and enables speech, thus protection of speech must also protect what precedes it.

An idea cemented in the case of Board of Education, Island Trees Union Free School District v. Pico. Board of Education v. Pico was centered around the Island Trees School District’s decision to remove several controversial books from their school’s library. Books including Kurt Vonnegut’s Slaughterhouse-Five, Bernard Malamud’s The Fixer, and Richard Wright’s Black Boy, which were removed for being “anti-American, anti-Christian, anti-Semitic, and just plain filthy.”

Their removal, amongst others, sparked outrage among students, who began to rally and sued the school board for infringing upon their First Amendment rights. The principal and concluding opinion was that “the right to receive ideas is a necessary predicate to the recipient’s meaningful exercise of his own rights of speech, press, and political freedom,” and as such information could not be censored based on “narrowly partisan and political grounds.”

Censoring information with the intent to hide an opposing viewpoint and alter students’ perspectives is considered unconstitutional. Yet, there was a loose thread in this conclusion.

Community standards as a legal idea were established in Miller v. California, which sought to establish a definition of “obscenity” for legal procedure. The result of Miller v. California as it pertains to the case of banned books is that there is no national standard for “obscenity.” Rather, it is left up to individual communities.

Currently, there exists no legislation that outright bans students from reading certain books, but past cases such as Tinker v. Des Moines give institutions greater power to do so. Schools are permitted to ban books from being brought on campus if they believe it will disrupt the learning environment.

This legal history has positioned the argument of banned books to be one centered around whether it is more important to maintain community standards or the meaningful exercise of free speech. In the past year, there has been an increase in the number of advocacy groups seeking to regulate books.

What were previously small movements enacted by concerned parents have evolved to well-resourced coordinated campaigns — an important transition to note, as it has changed the nature of the movement. Community standards are being redefined, no longer reflecting the community as a whole, but rather the interests of individual groups.

Often these groups are found in conservative towns, and reflect conservative perspectives, meaning their interests match up with community standards. Yet, there is always apprehension when great power is concentrated in the hands of one group.

These groups include organizations such as Parents Defending Education, Moms for Liberty, and No Left Turn. Their efforts are concentrated on removing books that cause conflict in the classroom. This means removing books dealing with racism, homosexuality, and politics.

These groups maintain that their focus is not erasing history but lessening divides. Parents Defending Education state that they oppose “idea laundering” where ideas of “oppressor vs oppressed” and “privilege walks” enter the classroom and create distrust and confusion. This is the common thought in book-banning groups spearheaded by parents, not repressing information but regaining parental authority.

On the opposing side there are organizations such as the American Library Association, #FReadom, and the National Coalition Against Censorship, who oppose book banning in any form and for any reason. These organizations, much like Justice Brennan, believe that freedom of ideas is integral to the meaningful exercise of speech and politics.

These groups argue that by limiting them in the school environment, one limits the very mission of education: individual thinking. Furthermore, they believe that the censorship of books is the censorship of history and marginalized communities, as the books most often targeted by bans are those of oppression, persecution, racism, gender inequality, sexuality, and injustice.

The banning signaling to marginalized students that their school is unwilling to foster inclusivity, rather continuing a cycle of ignorance and isolation.

Ostracizing minorities from their peers, while they fail to educate their peers beyond a white-washed heteronormative narrative. While these groups may seem at odds in their missions, the reality is that both seek to create the most conducive environment for students’ growth, albeit through different means.

There have been several communities with policies for book banning. In regard to the legality of book banning, according to MTSU, censorship of any kind violates the First Amendment right to freedom of speech.

But courts have told public officials throughout the country that they may “take community standards into account when deciding whether materials are obscene” and subject to censor. These rules do not, however, apply to publications by generally accepted authors, like Mark Twain, Judy Blume, or R.L. Stine.

The Supreme Court in the 1982 case Board of Education, Island Trees Union Free School District v. Pico ruled 5-4 that public schools can ban books that are vulgar, but cannot ban books “simply because they dislike the ideas contained in those books.” This decision only applies to the removal of books from the shelves of school libraries.

In terms of specific cases, in July, the Central Bucks School Board in Pennsylvania voted 6-3 to put a policy in place to keep books deemed “inappropriate” out of school libraries. The policy allows community members to challenge books they find inappropriate to then remove from shelves.

The move was seen as unprecedented for Pennsylvania according to the American Library Association, and approximately 100 community members protested the policy. The policy is vague and has left many librarians and teachers wondering which books they can ask to be approved. Additionally, the Nixa School Board in Missouri voted in May to restrict access to three books from their district, citing sexual content.

All three books, Fun Home: A Family Tragicomic, All Boys Aren't Blue: A Memoir-Manifesto, and Homegoing are queer memoirs. “Homegoing” was restricted, and the other two were banned. Six other books were also banned more recently, including Looking for Alaska by John Green and The Bluest Eye by Toni Morrison.

Throughout history, books with topics such as racism, homosexuality, and politics have been removed from school libraries, introducing the question of censorship.

Varying in moral reasoning and obscenity, books such as Kurt Vonnegut’s Slaughterhouse-Five and Richard Wright’s Black Boy have been regarded as not valuable for children to read, the reasoning from supporters being the idea that parents should be allowed to choose what topics their children are learning about.

Lately, the debate about inappropriate books has been revitalized, as shown by organizations such as Moms for Liberty, a group that advocates for removing books that lead to conflict in the classroom.

On the opposing side, those who disagree with the banning of books argue that the censorship of difficult topics in schools violates the First Amendment and erases vital history. The debate over censorship of controversial topics is ongoing, all centering around what will most benefit the environment for students to learn effectively.

The Institute for Youth in Policy wishes to acknowledge Lucas Yang, Elizabeth Miller, Nolan Ezzet, Carlos Bindert, and other contributors for developing and maintaining the Policy Department within the Institute.