Climate Change: Where are we now? 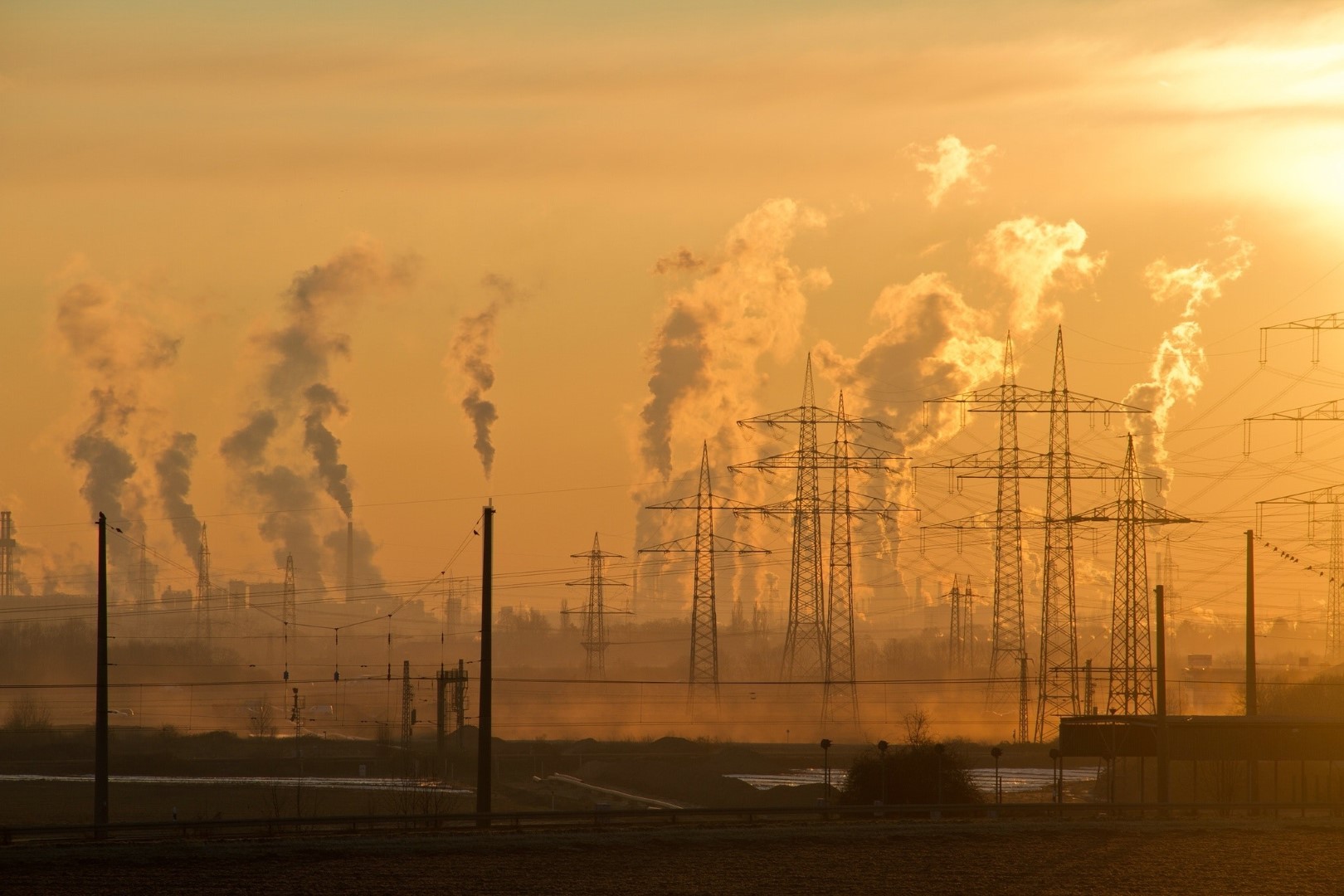 Since the turn of the century, climate change has become an increasingly important issue in American politics. Two-thirds of U.S. adults believe that the government is doing too little to mitigate the “climate crisis”—but there remains a significant partisan divide on the issue. In this brief, we will discuss the causes and effects of climate change, as well as the policies and initiatives aimed at slowing it down.

A rather pervasive term in the current political dialogue, climate change has become a major focus of public policy, especially in the past few years. The United Nations defines climate change as “long-term shifts in temperature and weather patterns,” but in this brief, we will  be examining the impacts of anthropogenic climate change—or, climate change exacerbated by human activity.

Anthropogenic climate change can be induced by a variety of factors; however, the main driver is the greenhouse effect. Greenhouse gases like carbon dioxide, methane, nitrous oxide, and fluorinated gases have increased in atmospheric concentrations due to human activities such as the burning of fossil fuels for energy, deforestation, increased farming of livestock, the use of nitrogen-based fertilizers, and the emission of fluorinated gases from industrial equipment.

Although a temperature change of 1.1 degrees Celsius may seem trivial at first glance, it is important to note that it takes a tremendous amount of heat to raise the average temperature of the Earth, given its size and high specific heat capacity of water. This extra heat has major implications in driving seasonal temperature extremes, reducing snow cover and ice, intensifying weather patterns like rainfall, and changing habitat ranges for wildlife.

As this past decade has been the hottest decade on record, with 2019 being the hottest year on record with the highest ocean levels ever recorded, a host of natural disasters have occurred as proof of worsening climate conditions. Hurricanes such as Harvey, Maria, and Sandy have caused massive impacts to society and the economy, as well as to ecosystems.

In relation to public health, climate change has implications in the ability of humans to grow food, provide housing, safety, and job opportunities. For instance, sea-level rise and saltwater intrusion— adverse effects due to climate change—have forced communities to relocate, and droughts threaten people’s food supply, especially among developing countries.

These effects include increased respiratory and cardiovascular disease, injuries and premature deaths due to extreme weather events, changes in the prevalence and distribution of foodborne, waterborne, and other infectious diseases, and threats to mental health.

Climate change has become an extremely partisan issue since the turn of the century; in 2019, 67% of left-leaning individuals believed climate change should be a priority for the president and congress, but only 21% of right-leaning individuals hold the same sentiment. This split has played a large part in the halting of climate policy—combined with bureaucratic red tape.

In their most recent platform, the Republican party expressed their concern that climate change conversations have thus far not been based on a “dispassionate analysis of hard data”, and demand a halt to the U.S. funding of UNFCCC.  In contrast, the Democratic party expresses a high level of concern for the state of the climate—in fact, the platform considers climate change a “global emergency”.

Although a large majority of Americans believe that the country should take steps to mitigate climate change, policymakers have had trouble getting Republicans, Independents, and Democrats to agree on what, if any, steps should be taken.

Most political efforts to decrease the effects of climate change are aimed at limiting carbon dioxide (CO2) emissions, though there is much disagreement on how to do so. Many east-coast and northeastern states have gone with implementing a “carbon tax” that financially penalizes businesses for greenhouse gas emissions.

This policy has been growing in popularity; in early 2021, there were five different carbon pricing policies proposed in Congress. Some politicians have raised the idea of a “cap-and-trade” system, where a price ceiling or floor is set and policymakers establish tax rates within this range. This system would reduce uncertainty for businesses while still allowing environmental goals to be achieved - which explains its rising popularity with businesses and policymakers.

Recent attempts at tackling the climate change issue have been more focused on rewarding sustainability rather than penalizing for emissions. The Biden administration has followed this trend and has recently established a competitive financial assistance program.

Under this new program, the DOE will be responsible for rewarding innovative approaches to regional energy infrastructure. These rewards will come out of a multi-billion dollar fund and will be distributed over the next four years. The law established similar funds for energy storage, water power, and carbon-capture innovations.

Due to the lofty role that energy production plays in the global economy, climate legislation has inevitably been approached with nuance. Government agencies have consulted many private industrial stakeholders, such as independent system operators and regional transmission organizations that gather technical analyses and information on clean energy policies.

Fossil fuel production companies are also a key stakeholder in the influence of climate legislation. In recent years, fossil fuel companies have begun to reckon with the push to transition away from fossil fuels and toward alternative forms of energy.

With some analyses suggesting that the demand for oil could plateau as soon as 2025 and an unstable market for the fossil fuel industry, fossil fuel companies like Shell have had to grapple with ultimatums like either committing to emission reductions or risk losing their major investors. As a result, Shell committed to reducing emissions as much as 3% by 2021, and many other major fossil fuel corporations have followed suit.

The climate is changing at an alarming rate - the world is already 1℃ hotter than it was between 1850-1900. We could face rising sea levels, worsening heat waves, and decreasing biodiversity in critical ecosystems. If no action is taken to mitigate this crisis, we’re looking at a nearly 2℃ increase by 2100.

By this same time, it’s reasonable to expect some areas of the world to be inhospitable to humans. In a world such as this, money equals access, and this could harm our economy and exacerbate income inequality. Of course, these things will only happen if we continue to ignore the climate crisis. Indifference to the effects of global warming could cost us a hospitable world.

Skepticism about the anthropogenic contribution to the climate crisis is one of the greatest barriers to real and meaningful change. Efforts to mitigate this skepticism must be approached from a non-partisan and analytical perspective.

One good example of such an effort is the Security Threat Assessment by the National Security, Military, and Intelligence Panel on Climate Change (NSMIP); this assessment defines climate change as an “evolving and multidimensional threat” using empirical evidence.

NSIMP is transparent about the multiple causes of climate change and the significant threats this poses to national security. An increase in empirically derived and unbiased reasoning such as this could be the key to bridging the partisan divide on this issue.

The aforementioned financial assistance program is part of a greater framework proposed by the Biden administration, known as “Build Back Better”. This 3.5 trillion dollar initiative is largely aimed at rebuilding the American economy with a focus on climate policy and expanding the labor force.

This has been met with some resistance - but Biden and senate democrats are hopeful that parts of the initiative addressing climate change will still be passed in the near future.

Another policy option that’s been in the public eye lately is the “Green New Deal”, proposed by Congresswoman Alexandria Ocasio-Cortez (D-NY) (AOC) and Senator Ed Markey(D-VT). This proposal has been around since 2019, but has recently been reintroduced.

This policy is aimed at achieving 100% renewable energy through a 10-year plan to “decarbonize” the economy. The proposal also includes initiatives for job-creation, public investment, and justice for communities adversely affected by climate change. AOC has been criticized by her seemingly lofty goals for our nation, but sticks to her belief that Americans need not choose between the planet and the economy.

Despite varying opinions on the causes and severity of climate change, the issue remains at the front and center of the American political conversation. Recent policy developments have made efforts in reducing carbon emissions to reverse years of anthropogenic contributions to rising temperatures.

However, climate policy is riddled with nuance, and stakeholders like fossil fuel corporations, government agencies, and environmental activist organizations must work together to implement meaningful, impactful climate policy. The future of climate policy lies in nonpartisan discourse and compromise to find impactful solutions to the climate crisis.