The Military Takeover of Sudan 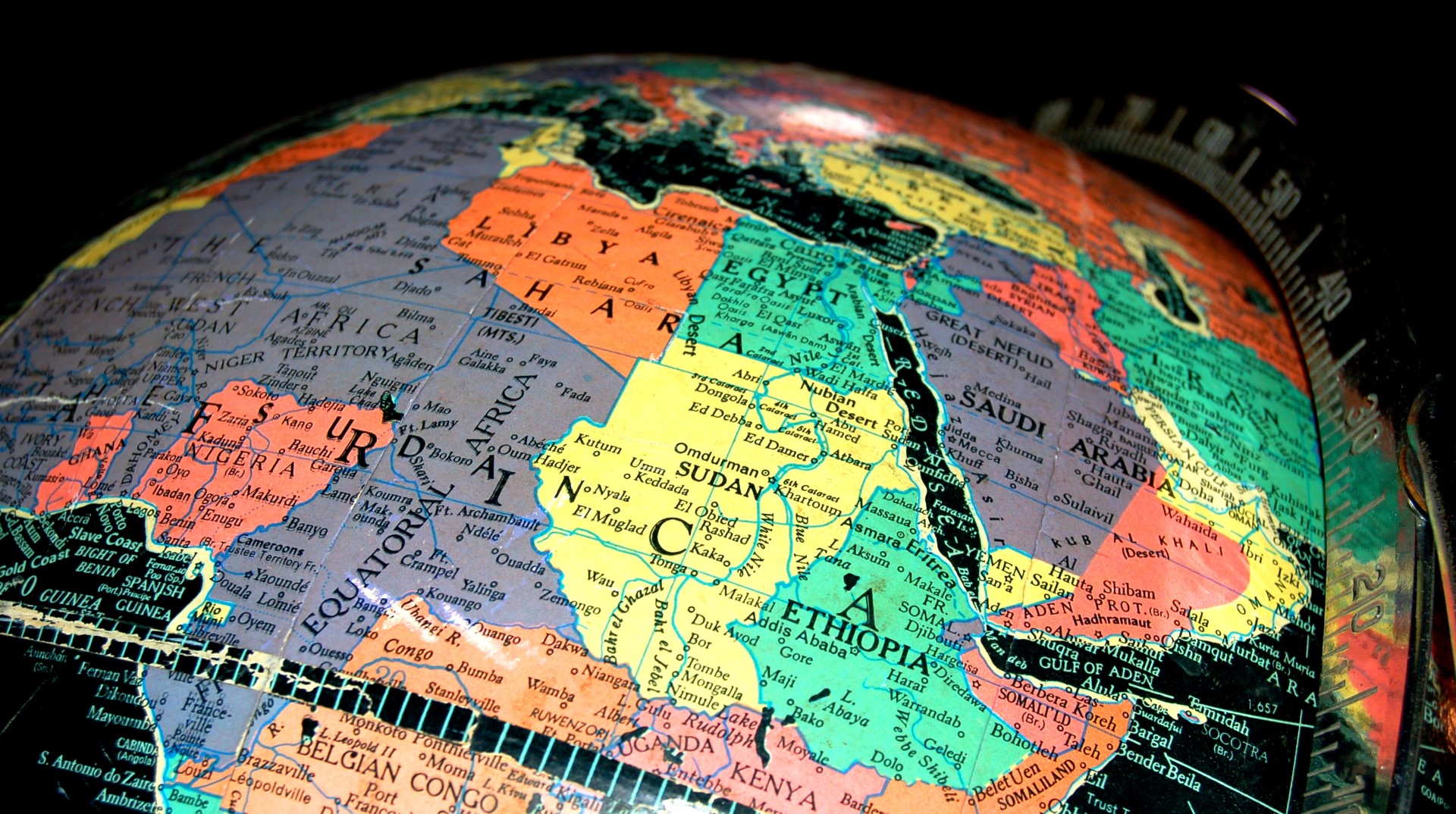 Violence breaks out in Sudan as a result of military makeover of the regional Sudanese government. This brief details the motives of the coup, including the long history of political instability that preceded it. Finally, it analyzes the future of Sudan following the coup, as well as possible actions to take to ensure the immediate safety of the Sudenese people and to provide measures to enable civilian rule.

On October 25, 2021, the Sudanese military, led by General Abdel Fattah al-Burhan, took control of the government in a military coup. Following the takeover, the Sudenese government was dissolved and many government officials were arrested or detained. Even the Prime Minister was placed under house arrest after refusing to support the coup.  ‍

After the early morning arrests of the Prime Minister, thousands poured into the streets of the capital, Khartoum, in protest of the military coup. Shortly after, Military Rapid Response Forces (RRF) and the Sudan Armed Forces (SAF) were deployed throughout Khartoum. As a result, five people were killed and more than 200 injured during the conflict. Protests have continued since October, as the Sudanese people continue to resist military rule.

The current issues trace back to the tyrannical rule of Omar Al-Bashir. Bashir seized power in 1989 and ruled Sudan for 30 years. During his time in office, Al-Bashir was involved in a 21-year civil war in which he manipulated the power struggle between the Muslim north and the Christian south. In the midst of the conflict, Al-Bashir deployed the Sudenese military to torture and isolate  the Islamic militias known as the JanjaWeed into western Darfur region of Sudan, which caused the International Criminal Court (ICC) to indict him for crimes of war and genocide.

Nevertheless, despite his crimes, Bashir continued to stay in power by making peace treaties in regard to independence between the Muslim North and the Christian south in 2011, inevitably ending the Sudanese Civil War. This allowed for the separation of the two regions and further instability. Attacks on civilians, stretching across the geographical divide, and the corruption  of  the government system are all the actions of Al-Bashir that eventually led to his overthrow in 2019.

On April 11, 2019, Al-Bashir was ousted from his office through a military overthrow in conjunction with pro-democracy protests. Nevertheless, despite the removal of Bashir, Sudan’s revolution did not end, as the military announced the creation of the Transitional Military Council (TMC) and its takeover of the regional government.

This public statement fueled the citizens' dissatisfaction in regards to the balance of power between the people and the government, leading eventually to what became known as the Khartoum Massacre. During the Khartoum Massacre, at least 128 people were killed, raped, or abused by the ruling military government for inciting a revolutionary movement or being an oppositional force to the military. With growing military offenses against the civilian public, a pro-democracy protest group called the Forces of Freedom and Change (FFC) led a three-day strike against the TMC.

With this added pressure, the TMC stepped down and announced a power-sharing agreement with the FFC in August 2019 called the Constitutional Declaration, which created a transitional government ruled by the Sovereignty Council of Sudan (SCS). Although the military eventually agreed to share power with the FFC, the long history of tensions put the citizens under suspicion of the new governance model and the installment of prime minister Abdalla Hamdok.

As part of the power transfer agreement from the TMC to the SCS, FFC leader Abdalla Hamdok was appointed Prime Minister in August 2019 to replace military general Abdel Fattah al-Burhan. Within months, Hamdok dismissed officials representing the al-Bashir government in the cabinet and Sudanese universities. However, the transitional government struggled to satisfy both the public and the military. While the FFC portrayed the Constitutional Declaration as forcing civilian oversight over the military, the public saw a lack of accountability over the TMC’s power and protested in grassroots and resistance organizations.

Debates over whether to try al-Bashir on decade-old war crimes led to simmering tensions, as military generals feared that a trial would expose them to criminal charges. The democratic transition also threatened the military’s interests in Sudan's gold trade. In September 2021, a failed coup attempt attributed to al-Bashir loyalists led to the military's demands for reform. The FFC leadership dismissed the military’s requests as a power grab attempt. Tensions between the FFC and the military ultimately escalated into a military coup led by General Al-Burhan on October 25, 2021.

Following the initial arrest of senior government officials and internet outages, General Al-Burhan declared a state of emergency and the dissolution of the government. Hamdok called for popular resistance and was moved to house arrest on October 26th. Al-Burhan later asserted that a technocratic government will lead Sudan until elections in 2023, justifying his actions as necessary to avoid a civil war.6 Despite all his claims to further democratic transition, Burhan appointed al-Bashir-affiliated members to leadership roles.

The coup was met with significant international backlash, with the African Union even suspending Sudan’s membership. Internal and external pressures led al-Burhan to reinstate Hamdok as prime minister through a 14-point deal in November.

However, civilian groups such as the Forces for Freedom and Change and the Sudanese Professionals Association rejected such power-sharing with the military. Widespread pro-democracy protests were met with deadly violence, with security forces using tear gas, live bullets, and barbed barricades. Those who wanted to flee were unable, as the military shut down the Khartoum airport, suspending international flights. International watchdog groups reported internet outages, allowing security forces to commit crimes against the Sudanese. Amid continued political deadlock and civilian deaths, Hamdok resigned on January 3rd, 2022, throwing Sudan’s future in deeper peril.

One of the prime effects of the Sudan coup is an exacerbation of the already growing humanitarian crisis due to lack of aid. The United States already announced that aid to Sudan will be halted until the civilian-led government is restored. The UN has attempted to help Sudan navigate the crisis via fostering negotiations via UNITMAS, with the goal being to foster negotiations between Sudanese stakeholders. These actions have not been well received by the pro-military supporters, who protested outside of UNITMAS’s headquarters. While the UNITMAS’s mission has been endorsed by the international community, it is far less popular in Sudan itself.

As a result of the coup, Sudan has been suspended from the African Union, and will only be allowed to return if a democratic government is created or restored. But due to the unpopularity of the UNITMAS mission, this return to a pro-democracy government is looking less and less likely by the day.

Furthermore, the Sudanese coup deposed civilian Prime Minister Aballa Hamdok, which is a costly derailment of the democratic process that was started in 2019 following the ousting of President Omar Al-Bashir. As a result of the instability, the Sudanese economy is expected to worsen in the coming years. The continuation of the conflict will also likely lead to even more civilian deaths, as, according to an anti-coup movement called the Central Committee of Sudanese Doctors, the coup already has claimed the lives of 53 anti-coup protesters. With the failed UN negotiation attempts, the chance of a return to democracy in the immediate future is becoming less and less likely.

Many now see the recent democratic backslide in Sudan as an inevitable outcome. While the 2019 revolution “had reignited hope for democracy rule,” it failed to address the fundamental issues with Sudan’s military state. Still fearing accountability for previous abuses, “a military and security state with deep roots and complex economic interests” waited behind Bashir to ensure its objectives – even if that meant doing so without a figurehead. Such reflection provides guidance on how the international community may seek to avoid another Sudan, but it does little to address the current situation. Present goals, both of international actors and domestic activists alike, should be two-fold: 1) undermine and delegitimize the coup, forcing the military’s abdication, and 2) ensure the welfare of the Sudanese people in the meantime.

Since the coup ensued, the West has moved quickly to shut off the illegitimate government from financial institutions, with the World Bank pausing economic support and “any new operations” and the U.S. freezing $700m in funds intended to aid the democratic transition. Though humanitarian continues to deteriorate, Sudanese protests support these actions as they fear the deliverance of aid would legitimize the military government.

To this end, Washington hopes to pressure the military into allowing the resumption of the civilian-led government as the embassy intends to continue withholding aid absent the restoration of democracy. It is not clear, however, that this bargaining chip will be effective. The military leadership has minimal concerns with humanitarian violations and are increasingly switching to gold to sustain their rule.

Continuing the popular resistance now will become near impossible if humanitarian and economic conditions considerably worsen. Independent third-party aid organizations are therefore needed to act as intermediaries, delivering aid to those in need without offering political legitimacy to the military government.

Despite the death of over 40 protestors, there remains a strong coalition of Sudanese people organizing against the military – leading “a series of nationwide protest marches, blockades, boycotts, and social media campaigns that continued in the face of a near-total internet shutdown.” Such fervent popular resistance provides hope, as leaders claim protests won’t cease until the civilian government is restored. International actors seeking to influence the situation in Sudan should work closely and listen to the Sudanese people leading domestic resistance groups, as presenting a unified front with consistent demands will be key in pressuring the military.

International actors, specifically Western financial institutions, have great control over the coup’s sustainability as debt financing and spending becomes difficult when a nation is cut off from lending institutions. While the U.S. and World Bank are enacting such pressures currently, they should also put the squeeze on Sudan’s main benefactors – Saudi Arabia and the United Arab Emirates (UAE) – who are, fortunately, broadly aligned with the U.S. on other issues. These gulf states risk providing the military government with access to capital, allowing the coup to evade the economic pressure of benign cutoffs from the international economy

There are effectively three scenarios that end the coup: first, the coup cedes power to a civilian government; second, there is another or counter-coup coming from factions within the military; and third, Sudan descends into civil war. Every actor, bar the Sudanese military, has social, political, and/or economic interests in securing the first outcome.

The necessary prerequisite to the first end-case is resolving disparities between the efforts of localized protestors and international actors, as current incongruencies risk fracturing the pro-democracy movement. If the democratic coalition can prevent a uniform front, then international political and economic pressure combined with a determined resistance in the streets may work together to force the military’s abdication.