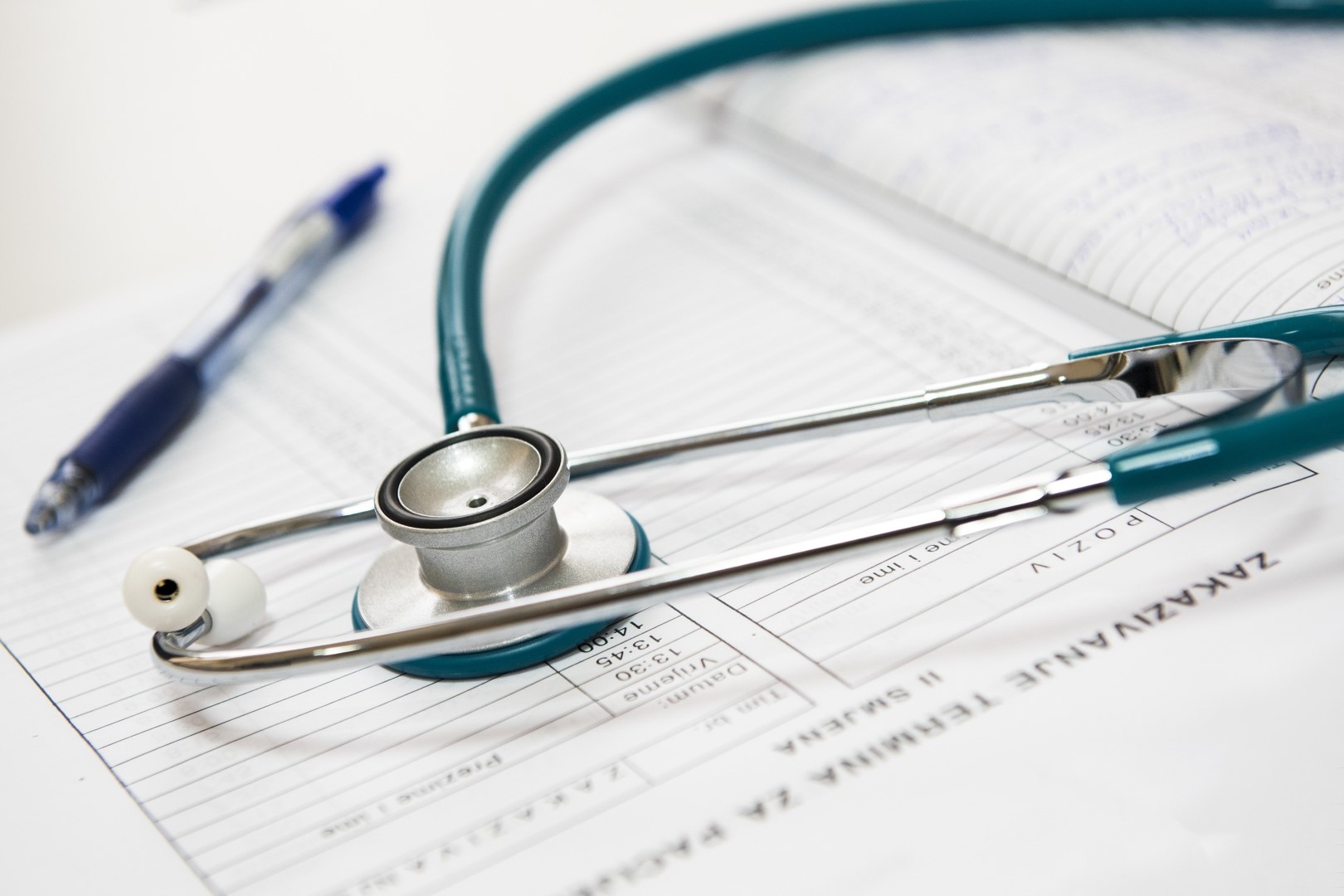 Women grapple with many health-related issues, particularly those related to reproductive health. In this brief, we evaluate the state of women’s health in the U.S., with a particular emphasis on teen pregnancy rates, birth control access, and abortion access. We consider various social determinants of health, such as race, income, and geographic location, and analyze their impact on women’s health. We also discuss legislation aimed to improve women’s health in the U.S. and the effects that they have had.

Compared to women in other high-income nations, American women are disadvantaged by  higher rates of maternal mortality, emotional distress, and chronic disease burden. In addition, over a third of American women report skipping care due to financial concerns. Although these women face relatively poor health status and high out-of-pocket costs, they also have higher rates of preventive screening and a greater likelihood of receiving specialist care. Women and men are insured at nearly the same rate, yet women report experiencing limits with their coverage. These issues place an undue burden on women in the United States.In the following sections we will explore the implications of these burdens further.

According to the CDC, 14.4% of women in the US are in fair or poor health, and the leading causes of death among women are cancer, heart disease, and COVID-19 (as of 2020). Additionally, only 49.3% of women aged 18 or over met the 2008 federal physical activity guidelines for aerobic activity. When considering common diseases of lifestyle and their risk factors, 41.8% of women aged 20 or over are obese, 45.2% have hypertension, and 11% of women aged 18 or older are current cigarette smokers. In healthcare coverage, 10.7% of women below the age of 65 are currently uninsured.

Beyond considering health indicators that are universal among men and women, women have a variety of other reproductive-related health issues to contend with, such as teen pregnancy, access to birth control, and post and pre-natal care. Some topics in women’s health are often polarizing, such as abortion. Additionally, socioeconomic and racial factors influence the general health of women, as seen through health indicators like teen pregnancy rates, abortion rates, healthcare coverage rates, and neonatal care quality.

In 2019, the teen pregnancy rate in the US was 16.7 per 1,000 females, a decline from 2018 (17.4 per 1,000 females). This follows an overall trend of declining teen pregnancy rates, and evidence suggests that this decline could be attributed to sexual abstinence among teens and better access to birth control. Upon considering the teen pregnancy rates for various demographic groups, stark differences can be seen: the birth rates for Hispanic teens (25.3) and non-Hispanic Black teens (25.8) were more than two times higher than the rate for non-Hispanic White teens (11.4). The birth rate of American Indian/Alaska Native teens (29.2) was highest among all race/ethnicities.

Aside from race, socioeconomic factors also play a major role in the teen pregnancy rate; for instance, low education and low income are often associated with higher teen birth rates. Many negative consequences are associated with teen pregnancy, such as higher high school dropout rates. Teen pregnancy also often negatively impacts the children of teen mothers, such as children having lower school achievement, and increased risk of incarceration and unemployment. On the bright side, teen pregnancy rates have been on a steady decline. A decline of 64% between 1991 and 2015 was reported, resulting in $4.4 billion in public savings in 2015.

Access to contraception is also a major issue surrounding women’s health. Currently, more than 19 million women of reproductive age in the US lack reasonable access in their county to a health center that offers the full range of contraceptive methods. These women must travel long distances or take time off work to access preferred birth control methods. According to research published in the American Journal of Public Health, public funding of contraception reduces their cost, which is critical to increase access to birth control, especially for low-income and uninsured patients.

Finally, few topics in modern political discourse are more polarizing than the issue of abortion, which is the termination of a pregnancy. Globally, 73 million abortions take place every year, including 6 out of every 10 unintended pregnancies. However, 45% of all abortions are unsafe, often occurring in underdeveloped countries that do not have prevalent access to safe abortion resources. Unsafe abortions cause 4.7–13.2% of maternal deaths, and other health risks include incomplete abortion, hemorrhage, infection, uterine perforation, and genital tract damage. Due to the stigma surrounding abortion, the physical and mental well-being of women can be threatened.

Legislation such as the Women’s Health Protection Act of 2021 aims to improve women’s sexual and reproductive health care services by preventing local and state governments from limiting access to abortion services, preventing providers from prescribing certain drugs, and limiting abortion services via telemedicine. In addition, the Access to Birth Control Act increases availability and access to birth control across the U.S.

In addition, policy is in place to improve maternal health outcomes such as the Maternal Health Quality Improvement Act of 2021, which would effectively amend the Public Health Service Act and improve maternal health and obstetric care in rural areas. It is important to note that this bill has a 3% chance of being enacted, according to Skopos Labs. Nonetheless, attempts for meaningful change are continuing to ensure that women in the U.S. have access to necessary healthcare.

There are many key stakeholders in women’s healthcare including healthcare providers, neonatal care clinics, employers, planned parenthood, and various other NGOs. Healthcare providers play an essential role in meeting women’s health needs. Access to high quality providers is imperative for women to maintain optimal health, and currently many women report that their plans do not always cover the needed medical care. This poses a problem because almost 50% of women with private insurance report out-of-pocket expenses for a check-up. Additionally, 25% of women report having trouble paying medical bills; these numbers grow in uninsured women and women in poorer health.

Planned Parenthood seeks to provide access to sexual and reproductive healthcare and supplies women with necessary services including birth control, STD tests, and pelvic exams. For over 100 years, they have proven to be extremely influential in easing access to women’s healthcare, especially in rural communities. However, they have been at risk of losing funding for many years. If these risks come to fruition, it would have devastating effects and thousands of women would be left without care.

The assumption that males are the majority and females are the exception is one of the outcomes of many policies and regulations in the US. As a result, for conditions as diverse as Chronic obstructive pulmonary disease, autoimmune disorders, and heart disease, women have been underdiagnosed, undertreated, and even given the wrong treatment regimens entirely. According to new studies and data from electronic brokers, women still pay more for the same health insurance coverage than men.

Most states still have gaps in uninsured women, and there is no evidence that insurers are doing anything to close them. According to eHealth, a renowned online supplier of health insurance, a 30-year-old woman spends $375 per month for a popular Blue Cross/Blue Shield plan in Chicago, which is 31% more than a man of the same age pays for the same coverage.

The National Women's Law Center, a research and advocacy organization, claims that in places where gender rating is not prohibited, more than 90% of the best-selling health plans charge women more than men.

In 2020, roughly 7% of nonelderly adult women (approximately 7.2 million women) and 7% of nonelderly adult men (approximately 7.2 million men) obtained non-group insurance. This includes women who bought private policies through their state's ACA Marketplace as well as women who bought coverage from private insurers outside of marketplaces.

Women of color, low-income women, and non-citizen women are all more likely to be uninsured. One in five (21%) women with incomes below 200 percent of the federal poverty line (FPL) ($26,930 for an individual in 2020) are uninsured, compared to only 7% of women with incomes at or above 200 percent FPL. Over one-fifth of Hispanic women (22%) and American Indian and Alaska Native women (23%) are uninsured. Single mothers are also uninsured at a higher rate (13%) than women in two-parent families (8%).

The disparity in healthcare access for women can be explained in part by gender discrimination and sexism. Gender bias in healthcare is a prevalent issue and defined when “patients are assessed, diagnosed and treated differently and at a lower quality level because of their gender than others with the same complaints.” Gender bias not only affects patients, but also healthcare workers who may find salary-inequity and harassment throughout their careers.

There are also racial and ethnic barriers that minority women may face when attempting to access high-quality care. Minority women have much higher rates of chronic illness due in part to their higher uninsured rates. Some groups of minority women even experience higher mortality rates from diseases despite a lower incidence level.

Employers are typically prohibited by civil rights laws from charging women more prices for the same benefits in group health insurance than men. However, for people who purchase insurance on their own, maternity coverage may considerably boost prices. The Women’s Health Equity Act authorizes the Public Service Act to create the Office of Women’s Health within the Office of the Assistant Secretary for Health to coordinate all Department of Health and Human Services activities and research relating to disease, disorders, or other health conditions that are unique to, more prevalent in, or more serious in women, or for which risk factors or interventions are different for women.

Many health policies, particularly related to reproductive health, are exclusive to women. Teen pregnancy remains a prevalent issue in women’s health despite its declining rates, and there remains gaps in women’s access to contraception, especially in rural and low-income areas. Abortion remains a contentious issue in public discourse, and many pieces of legislation have been passed restricting or expanding abortion access in various locations. Policies such as the Affordable Care Act, the Women’s Health Equity Act, and the Women’s Health Protection Act aim to promote women’s health in the United States.